The hubby and I both self-declared a long weekend last weekend. Justified naman because it was a milestone in our married life, hehe. March 17th, which fell on a Saturday this year, was our 6th wedding anniversary. So, we decided to spend it on a trip to a place we hadn’t been to yet. I suggested Puerto Princesa City (PPC) in Palawan and the hubby said yes in a jiffy. He said he wanted to experience the marvelous underground river tour the place is famous for. I, on the other hand, wanted the same and more.

So, I immediately booked our tickets and accommodation for a 4D3N vacation (March 15-18, 2018) at PPC which, we would later find out, is known as the “city in a forest.” We even had some company during the trip courtesy of Mame, my MIL, and my balikbayan aunt Laura. Gusto raw nila sumama, eh madali naman kami kausap, kaya go! Totoo naman pala talaga na maganda at malinis sa Puerto Princesa! Nakakatuwa at nakakamangha rin na napapaligiran ng mga puno at berdeng berde ang kapaligiran doon!

END_OF_DOCUMENT_TOKEN_TO_BE_REPLACED

My first pearl jewelry is a pair of white South Sea pearl earrings. I got it as a surprise gift from a Davao-based friend yesterday. It’s funny because I was just telling another friend last Saturday about how cheap South Sea pearls are in Palawan and how I’ve been wanting to go there someday to shop for my first pearl jewelry. I didn’t know I’d get it early, and unexpectedly at that! 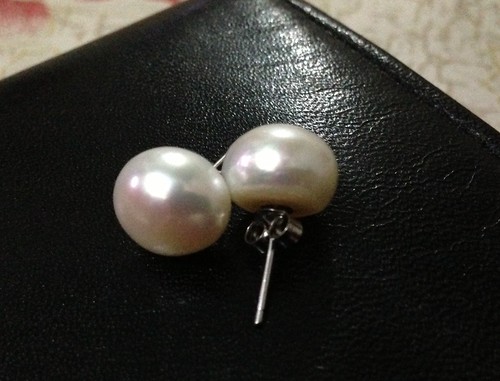 aren’t they a beauty?

So yeah, I was a very lucky girl yesterday. I got my first pearl jewelry effortlessly it just landed in my lap. And for that, I felt so blessed. I’m actually wearing my 10.0 mm, semi-round white South Sea pearl earrings set in silver today at work. Despite their small size (some can go as big as 18.0 mm), they have very good reflection quality, just like the others of their kind.