We had quite a long weekend. Long, in the sense that, the passing of time felt so slow on Saturday. Or so I assumed. It was the opposite on Sunday, though. The hubby and I got too busy with some activities that before we knew it, it was time to go to bed already.

So, I spent most of my Saturday sleeping and eating while the hubby was having fun out-of-town. When nighttime came, I joined my FIL and my SIL in fetching a family friend from the airport. She also invited us to a late dinner of chicken barbecue and pancit canton at Aristocrat – Malate. As usual, Aristocrat didn’t disappoint. I really love their chicken barbecue! I normally eat it as is with the Java rice, no more dipping in the special peanut sauce provided. Malasa na kasi eh! 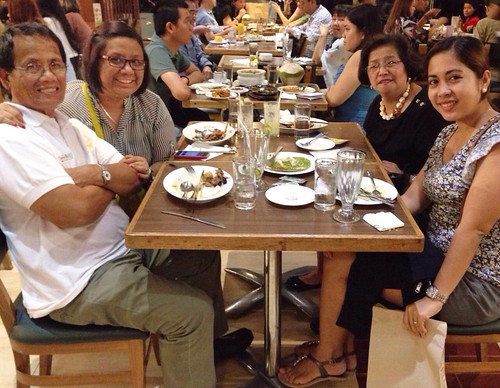 The hubby went back from his trip on Sunday morning and a few minutes after, I got a call from my cousin informing me that Tita Miyang has finally been given permission by her doctor to get discharged from the hospital. (Thank God!) Her only problem was that they needed a car to go home. I told the hubby about it and he agreed without hesitation to drive them home. So, off we went to Alabang and from there, traveled to Tita Miyang’s place in Biñan City, Laguna and back to Manila after.

It was a long and tiring impromptu road trip. I thought the hubby wouldn’t push through his plan to go to the Manila International Auto Show (MIAS) 2015 at the World Trade Center in Pasay that night anymore. But I was so wrong! We just took some rest at home and at around 7PM, we were on the road again to check out the said car show. Oh well, boys and their toys… 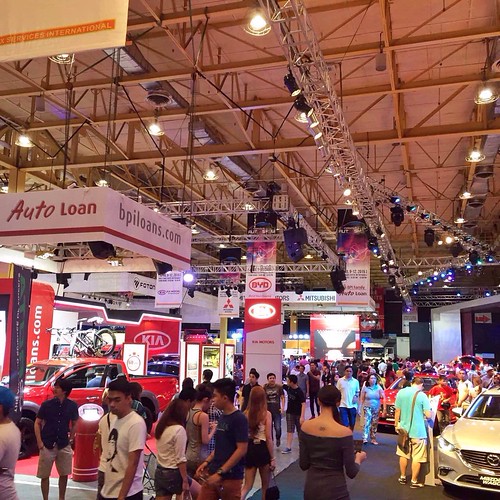 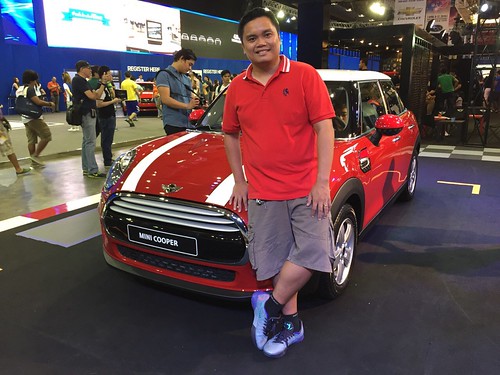 the hubby with his dream car, haha 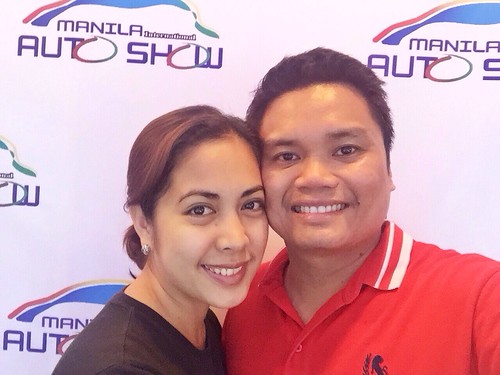 do we look like we just woke up in this photo? because we did!

But of course, for me to join him in such a boring activity (at least for someone who doesn’t get impressed easily by shiny, high-tech cars!), I had to get a prize. That prize came in the form of a bowl of ramen. We were supposed to have a late dinner at Genya Tonkotsu Ramen housed at the nearby Hobbies of Asia but upon getting there, we found out that the place is now closed. Sayang talaga, matagal ko na pa naman gustong ma-try ang ramen nila! I almost went home frustrated. Good thing the hubby remembered Kokoro Ramenya on Roxas Blvd. Yey! 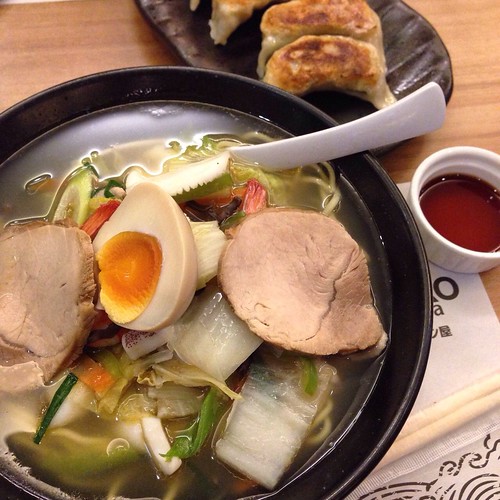 I explored other options on the menu and finally settled for Gomoku Ramen, P275. It’s a traditional ramen with tasty clear soup, chashu, soft-boiled egg, shrimp, squid and mixed vegetables. It was generally okay except that the shrimps and the squid bits were overcooked. To be honest, I didn’t find anything special in it. I guess I’ll just stick with their rich and delicious Tantanmen next time.

From the ramen place, I think we got home at past 10PM. We just freshened up a bit, prepared our things for today’s work and went to bed already.

Was your weekend as tiring, fun, and crazy as mine was? Tell me about it! 🙂