I’m a sucker for good Pinoy movies, the ones that are well-thought of, well-executed, and have ensemble cast. Most Star Cinema movies I have watched before belong to this class. While I don’t like it that most, if not all, of their films end on a happy note (the happily-ever-after kind), I still watch them because of three things: good story, intriguing trailer and smart pairing of lead characters. 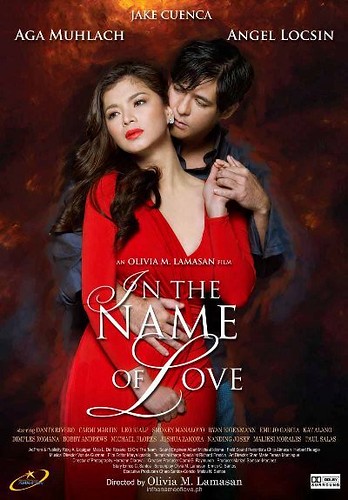 I have recently watched their latest offering, In the Name of Love. It is starred by Aga Muchlach, Angel Locsin and Jake Cuenca. Intriguing trailer aside, I watched this film because I heard it took them one year to finish the movie. I thought it meant something good. Apparently, I was right. The movie was good and effective in unleashing a thousand emotions from the viewers (yours truly included). To say that I got teary-eyed several times is an understatement. I actually cried!

END_OF_DOCUMENT_TOKEN_TO_BE_REPLACED

I like Nicolas Cage as an actor and so I follow his every movie whenever I can. I just finished watching The Sorcerer’s Apprentice, Cage’s latest film. Here, he plays a Merlin-trained sorcerer trying to defend New York from the hands of his former bestfriend who’s now an evil sorcerer. He makes an apprentice out of a science nerd who happens to be a very important sorcerer without his knowing it.

Together with the apprentice, Cage’s character Balthazar Blake tries to keep Merlin’s arch enemy from taking over the world through a destructive spell. For the apprentice, it’s a great test of character as he unleashes his hidden gift to save mankind and open up his true feelings for his childhood sweetheart. For the sorcerer, it’s completing his mission of finding Merlin’s successor and reuniting with the love of his life.