Last weekend was kinda special because it was our 10th anniversary as couple. (We started dating and became steady in 2004.) The actual date is October 18th and we celebrated it through a simple dinner at a casino food court. I’ve read raves online about Solaire’s food court so I convinced the hubby to dine there before going home in Bacoor. We weren’t disappointed. It looked like a high-end food court and the dining staff were very attentive. The food was good and cheap, too. 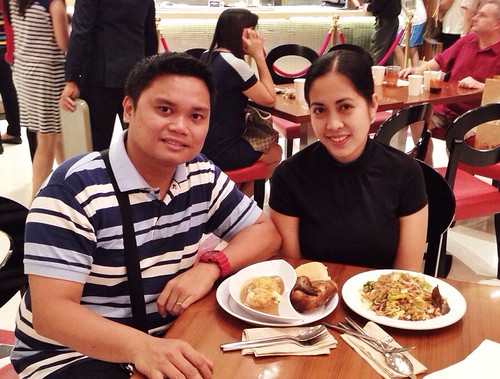 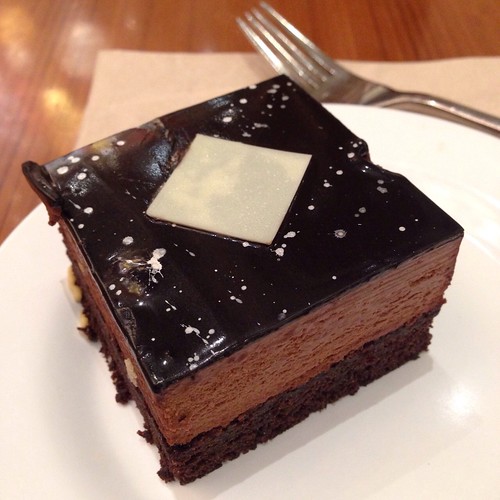 this Chocolate Fudge cake (P130) was addicting; I’m coming back for more!

The hubby wanted to try his luck at the slot machines but I discouraged him by saying he could lose his tuition money there. You see, he’s going to enroll for his second semester at graduate school before the month ends. He couldn’t afford to lose his tuition money! Good thing he listened to me. Haha.

Our Sunday was spent at home. We did the usual household chores. We didn’t go out so we kinda save some money eating homecooked meals and entertaining ourselves with the cable TV, the iPad Mini and our mobile phones. (His postpaid line has unlimited data and he also has a pocket wifi so getting online isn’t a problem for us.)

Before we knew it, we were driving back to Manila already to face a new work week.

Was your weekend as quiet or the opposite? Kwento naman! 🙂