Last night was relaxing and fun as I joined the hubby and his family to a movie date. We watched Four Sisters and a Wedding, the latest Star Cinema film. At around 7pm, we headed to SM Manila and bought last full show tickets. Then we had dinner at Chow King, picked up some items at Watsons and grabbed some popcorn and bottled water before heading to the cinema to watch the movie.

Four Sisters and a Wedding was very entertaining and hilarious. It had the right mix of comedy, drama and some real life lessons on family, success, love and forgiveness. Among the cast, I liked Tony Gonzaga (Teddy) and Bea Alonzo (Bobby)’s acting the most. The former for giving comedic relief to the movie along with his pretend boyfriend Janus del Prado (Frodo) and the latter for her brilliant dramatic portrayal during those crucial family confrontation scenes.

END_OF_DOCUMENT_TOKEN_TO_BE_REPLACED

I found out about the newly-opened Solaire Resort and Casino at Entertainment City through the Instagram updates of several of my blogger friends. I got curious of the nice pictures they posted so I asked the hubby if we could go there one time. It seemed he was also interested in the idea because the day after, he told me we’d check out the place and probably play in the casino Friday night. Cool. 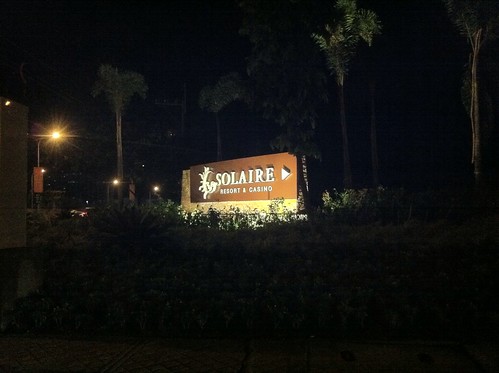 And so last Friday night on our way home to Bacoor, we dropped by at this world-class integrated resort complex just to know what the fuss was all about. Traffic was light at past 10pm so after around 20 minutes, we got to the place and parked our car inside the parking building that lets you park for free as a courtesy of Solaire to their guests.

END_OF_DOCUMENT_TOKEN_TO_BE_REPLACED

My brother’s outfit today is inspired by a rock star. He went to work this morning wearing all black with matching skull accessories for a fierce look. All that’s missing is a new epiphone dot and he could pass as member of a rock band. My brother is a teacher and because classes have been over recently (at least in their school), he’s now finishing the grades of his students wearing civilian clothes.

Speaking of rock bands, I really admire the way they express themselves through their clothing and the intense energy they have when performing on stage. Those electric guitars and other musical paraphernalia they use speak a lot about their freedom of expression and distinct individuality.

END_OF_DOCUMENT_TOKEN_TO_BE_REPLACED

Excited mode. I want to watch The Phantom of the Opera next month! This Manila invasion of the longest-running musical in Broadway is brought to us by Lunchbox Theatrical Productions in partnership with local companies such as Philippine Airlines, Smart Telecommunications and Citibank, among others. 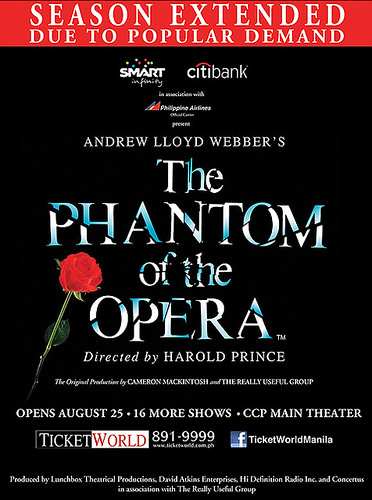 According to the news, The Phantom of the Opera runs from August 25 to September 30, 2012 at the Tanghalang Nicanor Abelardo (CCP Main Theater). Ticket prices start at P1,820. Must.save.up.for.this!

END_OF_DOCUMENT_TOKEN_TO_BE_REPLACED

With the arrival of their new TV, my brother’s next plan is to get a cable subscription. He already has a choice in mind — Destiny Cable. It’s the same cable that the hubby’s family here in Manila has at their home. It charges P500 a month, quite affordable methinks.

As for the installation fees, I think my brother has to shell out P1,500 but that would already cover the first three months of usage. Good deal, isn’t it? It’s like enjoying a buy 1 take 1 promo or finding discount permanent magnets online. But I digress.