Yesterday, I went to SM Aura with the hubby and his family after hearing mass at St. Pio of Pietrelcina Shrine in Libis, QC. SM Aura is the newest mall in town. It’s located at the posh Bonifacio Global City in Taguig. It’s right beside two other commercial centers: Market! Market! and Serendra. It was our first time there so we explored it as much as our limited time could allow. 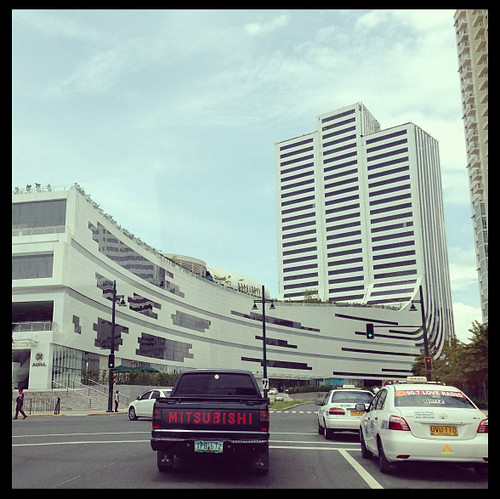 I love the design of SM Aura’s building as it looks so modern and stylish. The shops inside are also nice, although they’re obviously on the pricey side. SM Aura is marketed as a luxury mall, that’s why. When we were strolling around, I couldn’t resist entering the Forever 21 store and ended up buying two basic tops that were on sale. Their accessories section was also filled with beautiful things during our visit. They even had bold and funky rings that look like those college class rings for men except that they look good on women’s fingers, too.

When it was lunch time, we went up to the food court on Level 4. It’s aptly named Food on Four and houses several food stalls such as Sbarro, Four Fingers Fried Chicken, Yakitori One, Four Seasons Chinese Cuisine and Yellow Cab. I suggested Four Fingers to my companions as it serves Korean fried chicken and they all agreed to try it. We love the taste and the crrrruunch of Four Fingers’ fried chicken and thought it’s better than Bon Chon’s. 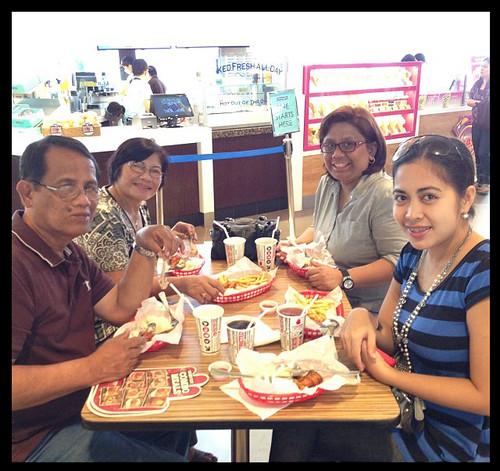 SM Aura’s parking area is huge. Heavy traffic aside, there’s no reason you can’t bring your car there.

I hope to visit SM Aura again as I want to experience their sky park at night. It’s their outdoor garden set up on Level 5 and 6 that gives you a break from the air-conditioned mall downstairs while offering a great view of the Taguig and Makati skyline at the same time.

2 Replies to “Our SM Aura Experience”