Last weekend was spent in Manila with family and friends. On Saturday, I got lots of sleep and rest while the hubby had tons of fun cleaning his car at the garage and biking solo at Mall of Asia. I also got to try for dinner the newly-opened Kenny Rogers inside Malacañang (limited seats but it’s open 24/7!) with my sister Jodie and brother Dan. On Sunday, I overslept again in the morning and joined the hubby in the afternoon in going to the birthday party of his godchild at Jollibee Welcome Rotonda in QC.

END_OF_DOCUMENT_TOKEN_TO_BE_REPLACED

The hubby and I both self-declared a long weekend last weekend. Justified naman because it was a milestone in our married life, hehe. March 17th, which fell on a Saturday this year, was our 6th wedding anniversary. So, we decided to spend it on a trip to a place we hadn’t been to yet. I suggested Puerto Princesa City (PPC) in Palawan and the hubby said yes in a jiffy. He said he wanted to experience the marvelous underground river tour the place is famous for. I, on the other hand, wanted the same and more.

So, I immediately booked our tickets and accommodation for a 4D3N vacation (March 15-18, 2018) at PPC which, we would later find out, is known as the “city in a forest.” We even had some company during the trip courtesy of Mame, my MIL, and my balikbayan aunt Laura. Gusto raw nila sumama, eh madali naman kami kausap, kaya go! Totoo naman pala talaga na maganda at malinis sa Puerto Princesa! Nakakatuwa at nakakamangha rin na napapaligiran ng mga puno at berdeng berde ang kapaligiran doon!

END_OF_DOCUMENT_TOKEN_TO_BE_REPLACED

Last long weekend was filled with happy memories. The hubby and I went home in Bacoor as early as Friday night. When Saturday afternoon came, my in-laws followed us there. After they had taken some rest, we hit the road to visit the grave of my FIL’s brother at the cemetery, also in Bacoor. On Sunday, we stayed home to bond as a family and in the evening, went to church to hear mass and visited Evia Lifestyle Center (ELC) for dinner and some malling.

We went back to Manila on Monday afternoon. We visited our angel son’s niche and rested a bit. Then the Techos and the Mabalays, along with my aunt and my cousin from Laguna, went to Robinsons Place Manila (RPM) to celebrate my father’s birthday through a simple dinner. He just turned 60, which means he’s now a dual citizen (Filipino and senior), hahaha.

END_OF_DOCUMENT_TOKEN_TO_BE_REPLACED

While we were able to go home in Bacoor last weekend, we were not able to maximize our stay there. Our weekend was mostly spent malling. The hubby and I both had things to buy and we were happy we found them after visiting two different malls (SM Southmall and Alabang Town Center). Haha.

On Saturday morning, we drove our parents to Naic, Cavite where my family (including the hubby and I) is spending Christmas together. We then headed straight to Bacoor after. By 5:00 p.m., we braved the traffic and went to SM Southmall. My only mission was to go to Uniqlo and buy a pair of pants in my size and preferred color. I’ve been to two Uniqlo branches before this trip and didn’t find what I was looking for. I got lucky this time because it’s available at Uniqlo SM Southmall!

END_OF_DOCUMENT_TOKEN_TO_BE_REPLACED

Somehow, I felt that last weekend was kinda short (bitin in Filipino slang). On Saturday night, the hubby and I along with our two good friends Nice and Melay drove to Alabang for a stroll before going home in Bacoor. 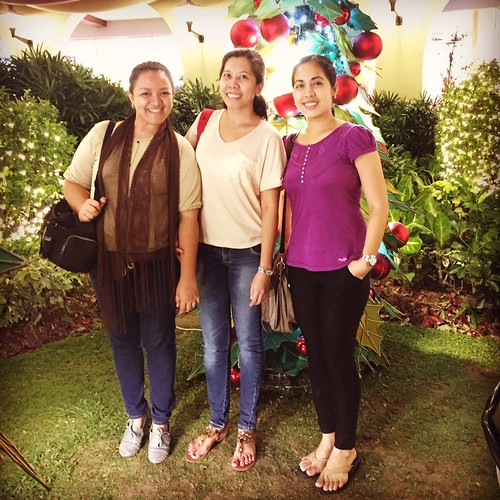 with my girl friends

First, we dropped by Alabang Town Center (ATC) to have my phone battery replaced. It was free of charge because the battery was part of a batch being recalled for safety-related defects. We got my phone back the next day (kudos to the Switch team for the fast service!).

END_OF_DOCUMENT_TOKEN_TO_BE_REPLACED

So, yesterday was my birthday and we were in Bacoor. We went home on Saturday night along with my parents because I requested them so. Haha. My mom helped me prepare a simple dinner for my friends who live around the area. We also invited a few of our neighbor-friends over. 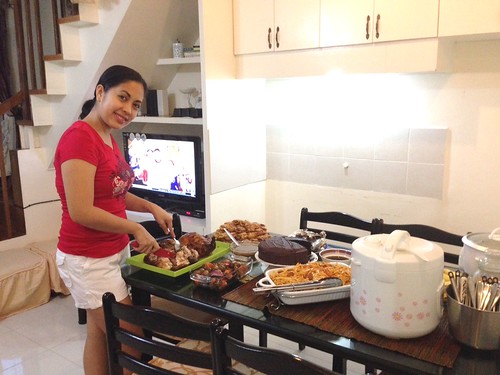 the birthday girl and her simple feast

It was tiring to cook food but I still went ahead with it because it’s more economical to feed 20 people that way than treating them to a restaurant. Plus, I still have two more birthday dinners to host for my other friends so I have to stick to my budget. As it turned out, we had so much food left that night. We brought everything to Manila this morning for my siblings and my in-laws to enjoy.