I didn’t expect that last weekend would be a crazy busy long one. Of course, I looked forward to the holiday which gave me an extra day to enjoy. But the summer heat was unforgiving and the hubby and I were out almost the entire long weekend doing things for ourselves, our family, and our friends. It was a hectic schedule but thank God we managed to do everything and still had fun in the process. 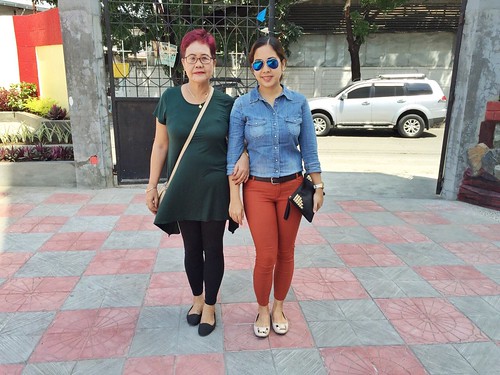 On Friday, the hubby and I, along with Mame, attended the christening of my newest godchild baby Yñigo Paulo, the son of my first cousin Mark. It was held at 11AM at the peaceful St. Arnold Janssen Shrine in Taytay, Rizal. Reception followed at Tender Joe’s Rancho Grill located beside a gas station along the highway, just a few blocks from the shrine. 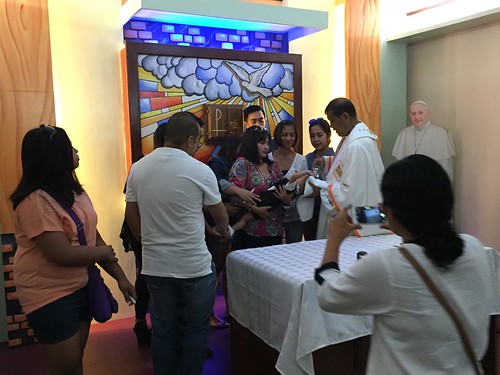 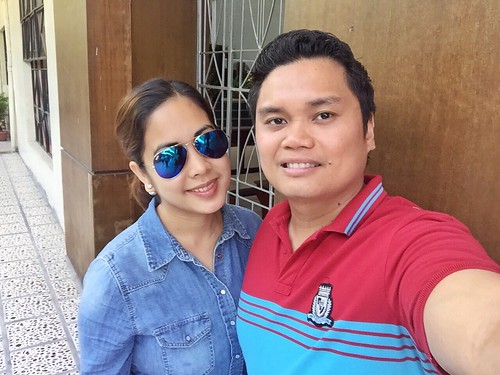 From the baptismal event, we just dropped off Mame at their place and prepared to go home in Bacoor. On our way there, we stopped over at some gadget shop along Taft Avenue where the hubby bought a Mi Band. My techie hubby couldn’t wait for the Apple Watch to arrive here in Manila and so he decided to lay his hands first on something quite similar in function. 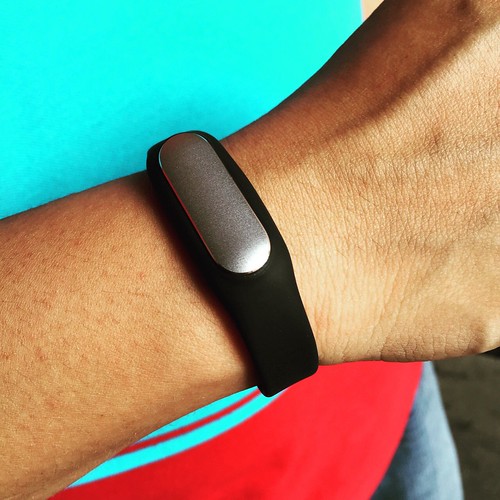 his arm and the new toy

Basically, Mi Band does a few things like tracking your steps and sleep and notifying you of incoming calls and texts. The Apple Watch, on the other hand, is capable of those things and a lot more.

Our Saturday morning was spent at the comforts of our home doing household chores. I got busy with hand washing our office clothes while the hubby cleaned up the house and the car. I also did some simple things that made me very happy like… 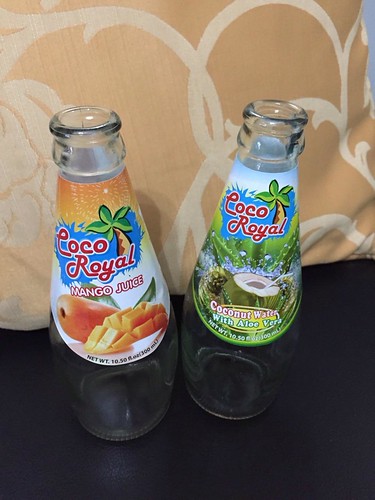 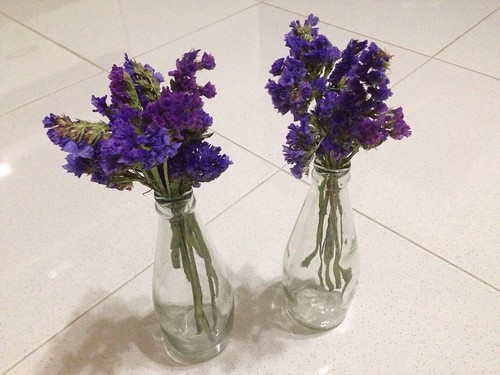 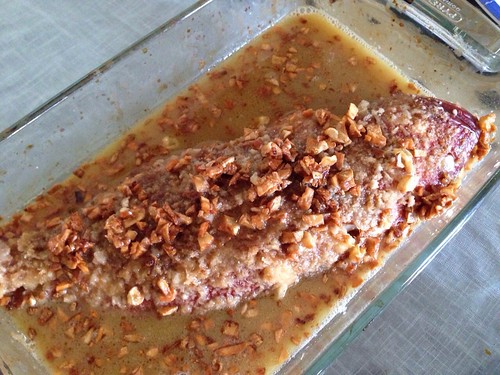 I daresay this was a winning dish! nakatsamba na naman si Edel!

3. Finishing reading two books in one weekend (a big achievement for me!)

We took a nap in the afternoon and suddenly decided to hear the anticipated mass at this church in Alabang beside ATC. Instead of eating at home, I skipped cooking that night and just treated the hubby to dinner at the mall’s food court.

From ATC, we headed to Evia because the hubby (not me!) had long been itching to try Cold Stone Creamery. We were already in the car and driving our way out of the parking area when we passed by a Cold Stone store just a few steps away. Had we known earlier, we would have gone there instead of the one in Evia. Sabi ko nga eh, dapat nagtanong muna kami sa concierge o kaya sa guard. Haha.

Speaking of Evia, I noticed that it looked better than ever. The construction of the other building has already been finished so there are now more shops and restaurants in operation. I particularly like how it looks at night, very posh and festive at the same time. During our visit, which was already quite late at past 10PM, people were still all over the place strolling around, dining or doing some last-minute shopping. 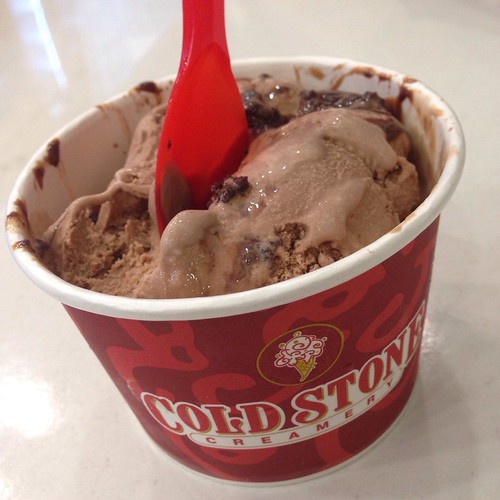 I dunno with you but I found the ice cream at Cold Stone overpriced. (P198 for a medium-sized cup?) It’s quite good (wonderfully sweet and creamy!) but I think I can get the same quality from the ice cream sold at S&R (brand is Blue Bunny if I remember it correctly). Just saying.

As we all know, last Sunday was Pacman Day. I’m guessing the entire Filipino nation from the world over watched the much-anticipated Pacquiao-Mayweather boxing fight. It was a loss for our boxing champ in the end but he made us all proud. He did his best and showed to the world just how tough the Filipino spirit is. He came out of that historic ring in MGM Arena not just richer and more famous, but he also earned the respect of the world. And that’s what’s more important. 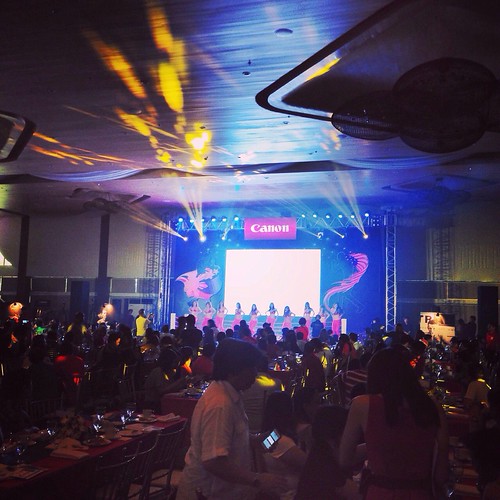 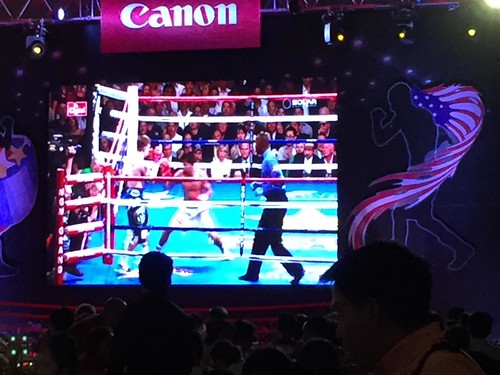 The hubby and I watched the boxing match at Canon Philippines’ special screening in Blue Leaf Filipinas, Pasay City. He got some passes there and tagged me along. We joined the big crowd there in cheering for Pacquiao and booing Mayweather. Haha. There was free lunch buffet for all the guests. 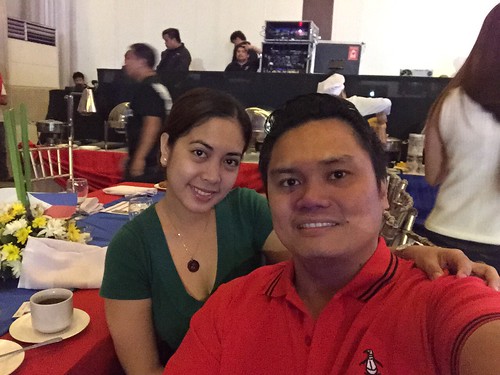 And since we were already in the area, we decided to check out City of Dreams. What a grand entertainment complex it was! We went inside the casino (but didn’t play!), walked passed the shops, checked out Dream Play from the outside and took a peek of the infinity pool and pocket gardens. 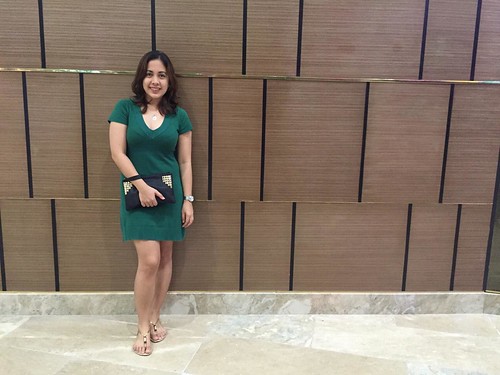 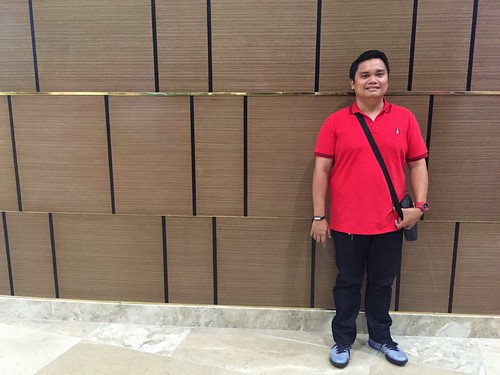 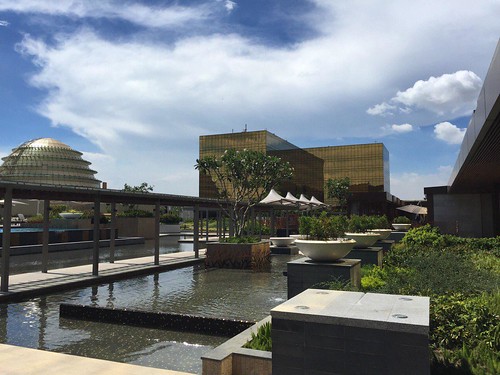 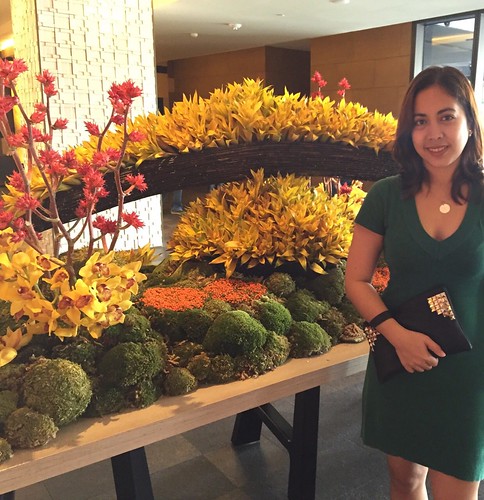 couldn’t resist having my photo taken with this grand floral display!

It was a quick stop which left us awed and delighted. Next time, we’ll eat in one of the restos just to check the quality of the food there.

I think we got to my in-laws’ place at past 3PM already. After an hour, my sister Jodie called me up asking for a favor. Before I knew it, I was already in the car with her and the hubby headed to Robinsons Magnolia. She applied for a Smart postpaid plan under my name and got approved. The handset was iPhone 6. She was supposed to get a postpaid plan in November but her old phone suddenly decided to die on her last Friday, hence, the unexpected trip to Smart Business Center on a Sunday night. She treated us to dinner after as a gesture of thanks. Haha. 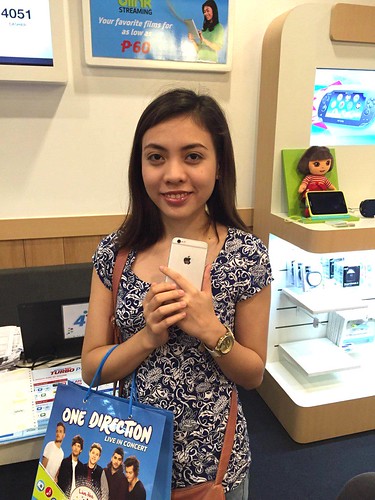 I thought our long day would end there but it seemed there was something more in store for us. My MIL called up my husband and requested us to accompany her and my SIL to the hospital. My SIL was having a hard time breathing. We just dropped off my sister at their place and picked the two up and drove to St. Luke’s QC immediately. 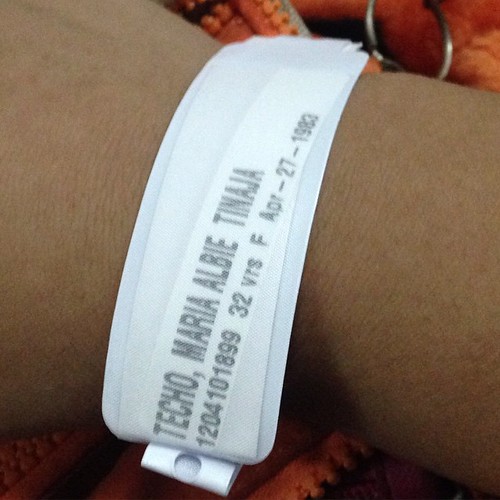 It turned out she had some lower respiratory tract infection and was prescribed some meds by the attending physician at the emergency room. My SIL said they nebulized her so she could breathe easily and did some lab tests on her whose results took some time to arrive. Would you believe we got to the hospital at past 10PM of Sunday and left the premises at past 3AM the next day? Puyatan galore!

But still, we were thankful because my SIL felt much better after being treated at the hospital.

It’s Monday today and I lacked sleep so pardon my disorganized thinking and the more than the usual number of photos. Thank you, Lord, for a bright new week! Woohoo! 🙂