Last weekend was super fun. Well, scratch that. The fun only happened on Saturday because we had a family outing. Sunday was a different ballgame. I had to go to work and though I was quite productive, lazing away on a Sunday is still waaaaaay better. Haha. 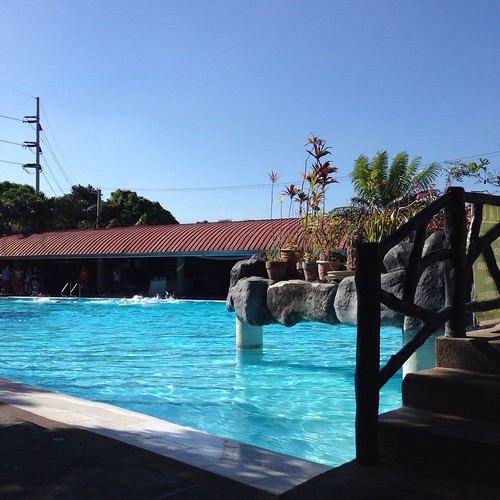 So, we went home in Bacoor with my in-laws on Friday night. The next day, Saturday, we woke up early, packed our things and drove to Kalipayan Hotel and Resort in Dasmariñas, Cavite. We got there at 7am-ish. After paying our entrance fees (P200 per head) and renting the same kubo (P600, good for 12 persons) that we stayed in during our previous visit last Holy Week, we started unpacking our stuff. 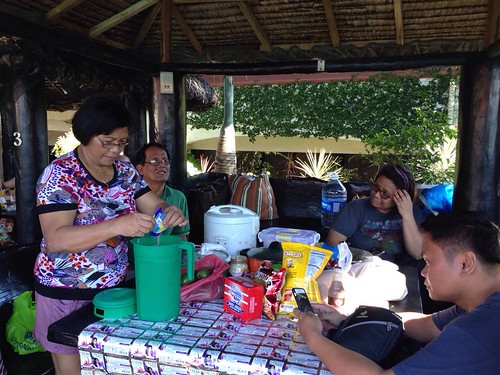 An hour after, my parents and my sister Jodie arrived and joined us. We ate and chatted and swam the day away. It was lots of fun! 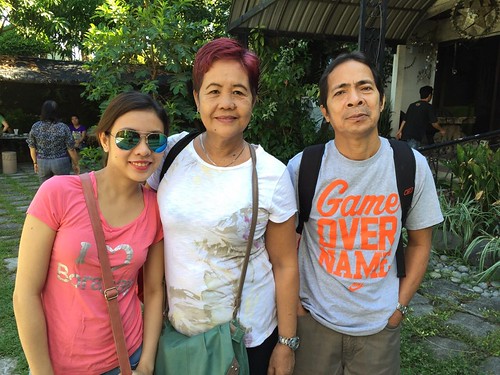 It was actually our first family outing this summer. We were complete except for my two siblings Nyam and Danison who had plans of their own (previous commitments). Here’s hoping we could have more family outings before the season ends!

It was our third time at Kalipayan and as usual, we were very satisfied guests. I like how this place isn’t as crowded as the other resorts in Cavite. It has one huge swimming pool and three small ones. We swam in all of them! 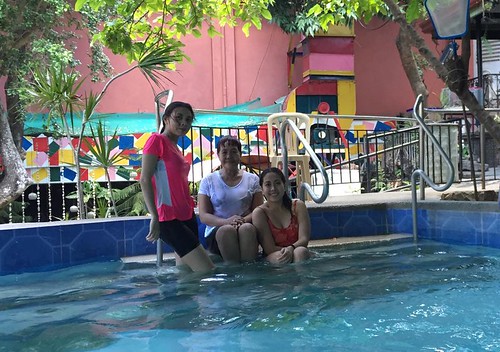 with Jodie and Mame in one of the smaller swimming pools

It may not be posh (read: old hotel), but it was clean and orderly and made us feel relax and comfy. Service was friendly, too. Just like in our previous visit, we brought some snacks and rice and just order a couple of dishes from the in-house restaurant for lunch. It was more convenient for us that way.

The hubby and I, along with my in-laws, went back to Manila that same day. (And so were my side of the family, except they took the public transpo to and from Kalipayan.) As in we left the resort at almost 5PM, loaded our bags into the car’s trunk as soon as we got home, did some last-minute preparations, and finally drove to Manila. Kalurky, diba? Paguran at madalian lang ang peg. Sanay kami ng asawa ko sa ganyan. Haha.

We had a late dinner at Aristocrat, Malate before going to my in-laws’ place. 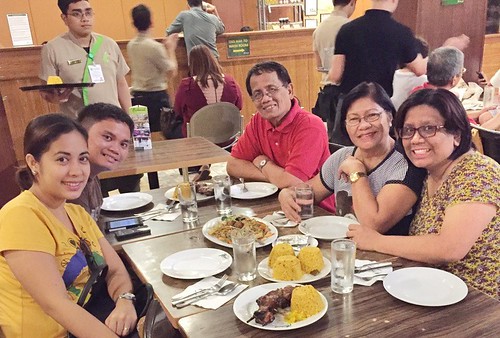 On Sunday, we heard the morning mass at St. Jude Shrine and after that, I went straight to work. We had a few events to attend to. You could say I had a long day because I got home from the office at past midnight already. Haaaaaay…pagod much.

I can’t believe the weekend’s over just like that. Now, it’s time to face a new work week with a big smile. Have a great Monday, friends! 🙂

20 Replies to “Weekend Story: Family Outing + Work on a Sunday”