No, the hubby and I didn’t literally stay in a local hotel last weekend for some R&R. We just stayed in Manila, period. Haha. We had some errands to attend to and it was a bed weather kind of weekend so instead of going home in Bacoor, we decided to be with our family for some quality time.

It was also my sister Jodie’s birthday last Saturday and she planned a family dinner the next day so we had to be there.

On Saturday, the hubby and I went to Banawe in QC to have our car’s dashboard tinted. After that, we headed to Robinsons Magnolia to have lunch. I chose Kenny Rogers because I already had a “complementary meal” in mind from there. 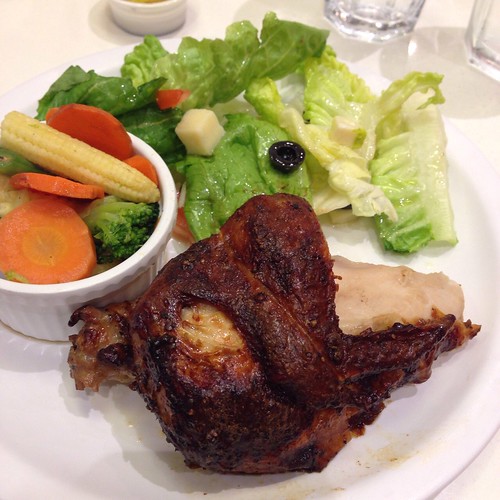 my lunch plate (I ate everything except for the carrots, broccoli, and baby corn which were not allowed during complementary meals even if they’re veggies!)

You see, I have started the Carbohydrate Addict’s Diet (CAD) last Tuesday. I plan to blog about it soon so for ladies out there who want to know my experience with it, watch out for my post. You wouldn’t believe it but I have already lost 4 lbs. (could be water weight only) as of this writing!

On Sunday, I joined the hubby and my in-laws in hearing the 10AM mass at St. Pio Shrine in Libis, QC. 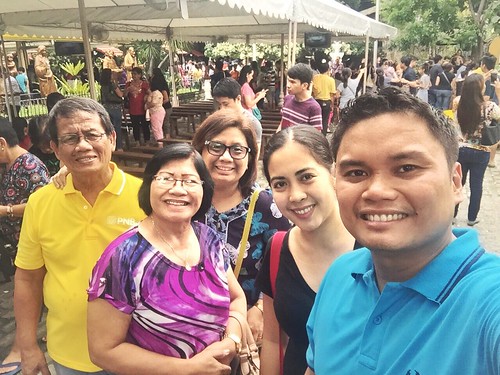 From there, we drove to Banawe because my FIL suddenly wanted to buy some accessories for his “new” car (a Toyota Revo) which he has gotten recently as a sort of inheritance from his employer (La Cocina) after serving as its official driver since 2010. Yes, the service vehicle of the restaurant that he was driving before now belongs to him. We are eternally grateful to the Legardas (owners of La Cocina) for this kind gesture (and for a lot more things, actually).

We also had lunch at Tasty Dumplings, also in Banawe, before going home. The hubby said their Pork Chop Rice (PHP125) was “mura na, masarap pa!” 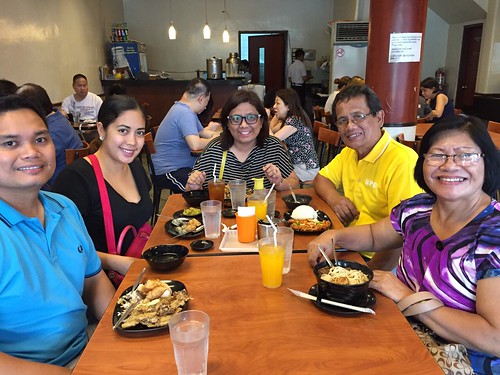 When nighttime came, Jodie treated us to a fun and loud dinner at Shakey’s Robinsons Place Manila. From a group of 10, we’re now 11 because a cousin’s son from the province has recently arrived to complete his seafarer’s training and is staying at my siblings’ place temporarily while doing so. 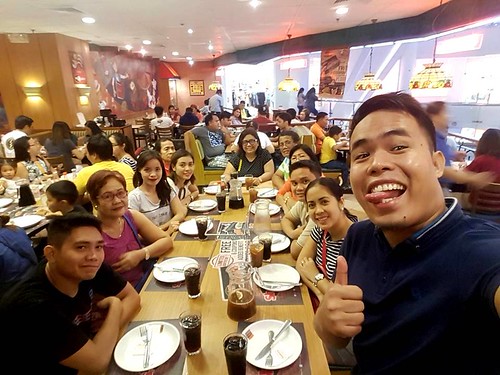 The birthday girl got a box of blueberry cheesecake from Conti’s (her personal choice) from her ates and kuyas. It eventually served as our dessert that night. It was yummy! 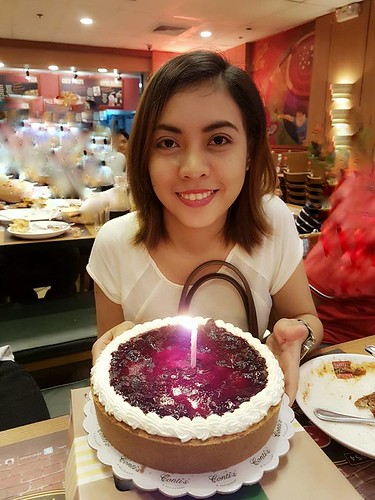 Jodie showing off her birthday cake and her photo blurring skill, lol

After dinner, we all trooped to H&M (with entrance just beside Shakey’s) for some retail therapy. I was able to score a black dress for PHP500! 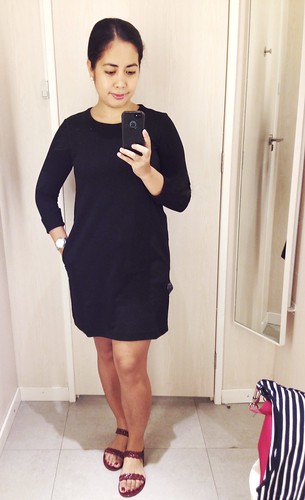 trying on the dress 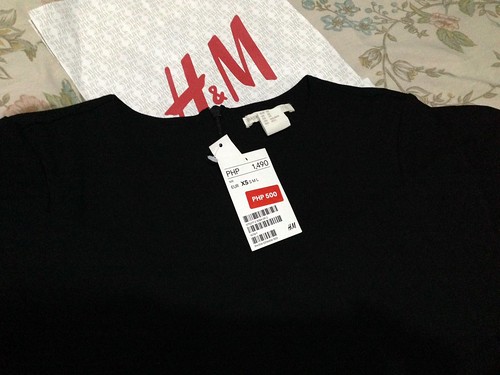 It was a steal because the original price was PHP1,490. I plan to wear this to work when I don’t feel like playing dress-up (which is almost all the time!).

Have a happy and fruitful week, friends!