Last weekend felt bitin (as usual) but we had lots of fun. On Saturday, I woke up to the sounds of people walking around and moving stuff. There would be an engagement party that night in the Legarda Mansion (a.k.a. where my PILs work and live). I expected the set up to be beautiful but I didn’t expect it to be breathtakingly beautiful. Like it was taken right out of the setting of Beauty and the Beast (looking forward to the upcoming movie also?) with the hanging chandeliers, the glass lanterns on the floor, the candelabras on the table, the gold Tiffany chairs, and the floral arrangements and garden vines scattered all over the place. I would find out later that it was styled by no less than Jo Claravall who creates real life wonderlands for a living.

And because one of the newly-engaged couple throwing the party was a Legarda and the hubby’s kababata, we were included in the guest list. Food was catered by Cibo. Music was provided by a harp and an orchestra. There was also a DJ during the afterparty. It was a fab and tasteful engagement party and I think all guests went home happy. The newly-engaged couple Tessa and Fred are having their church wedding in France next year. We want to be there but unfortunately, di namin afford, hahaha. 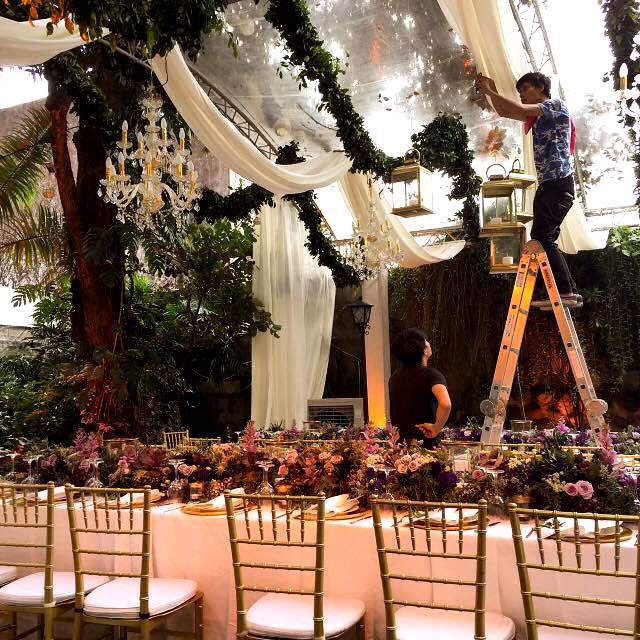 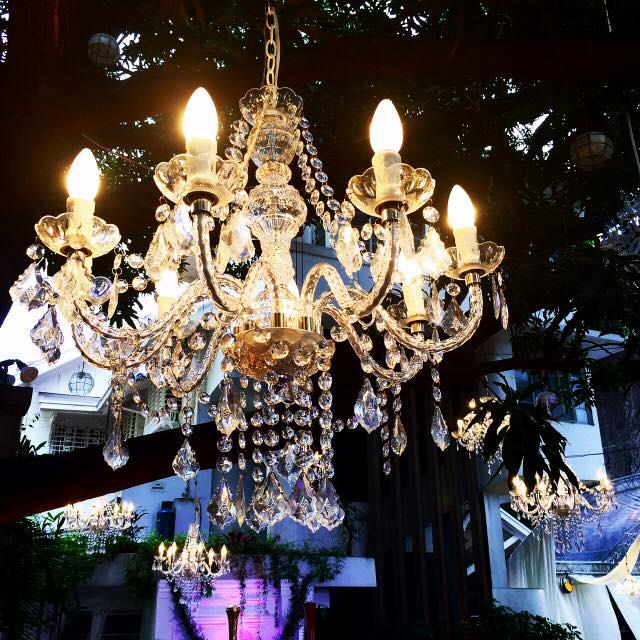 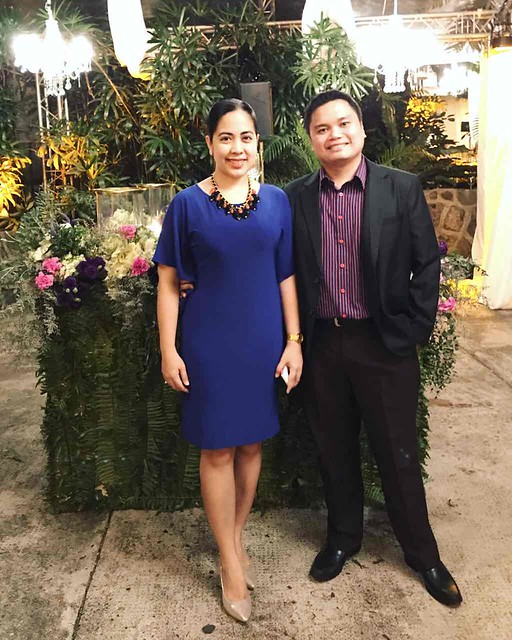 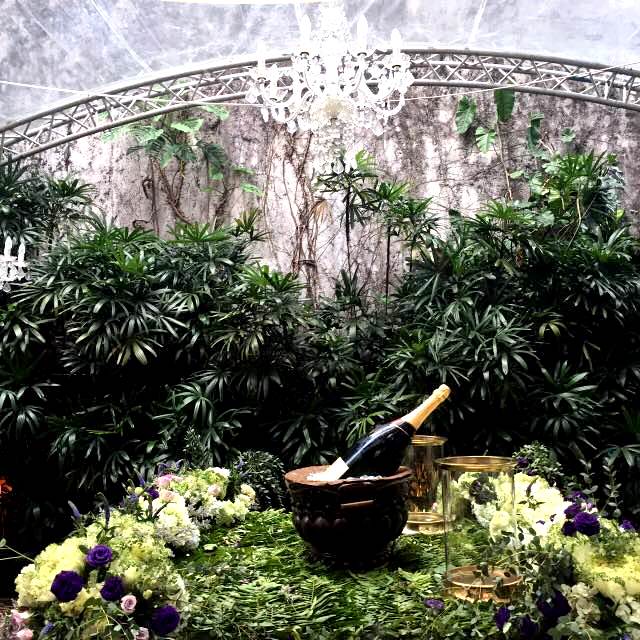 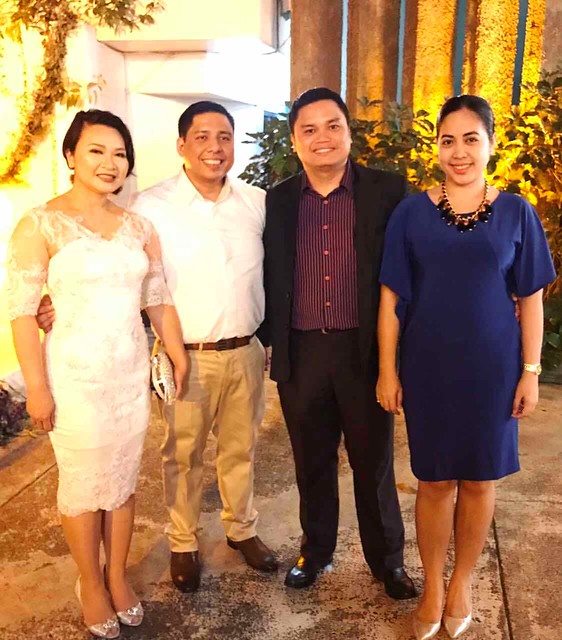 Below are screenshots I took from the IG account of Jo Claravall herself: 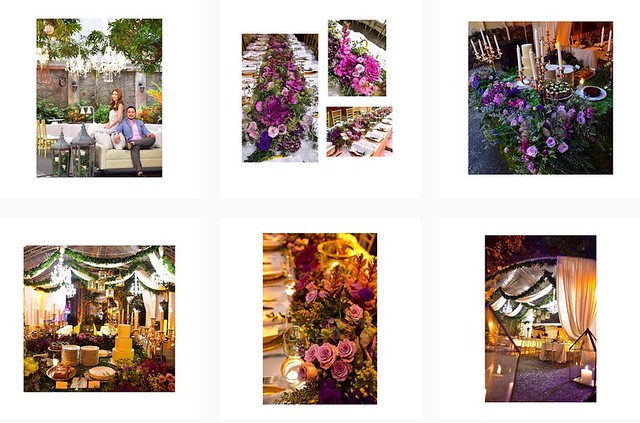 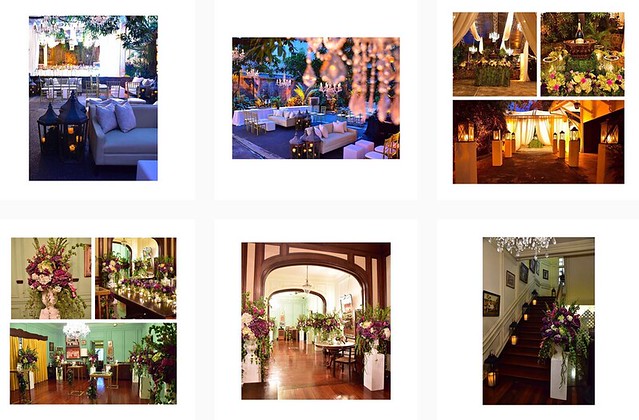 Oh, we also got to squeeze in a trip to Baclaran on Saturday morning because the hubby bought something again from his chosen online gadget seller (Michael Rivo) who has a physical shop there. He wanted his wedding anniv gift in advance so… 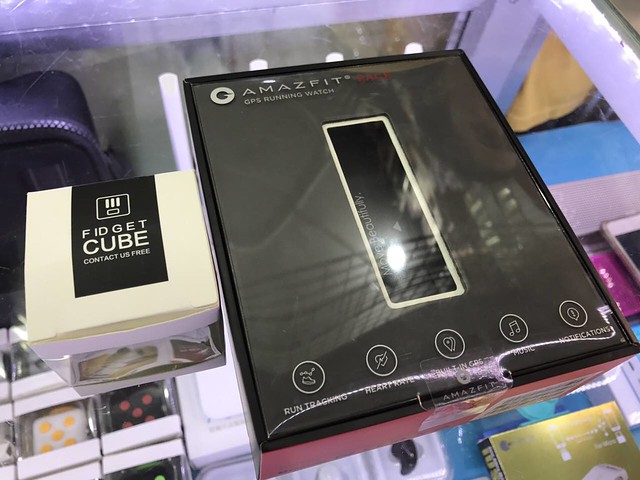 Because we were sleep-deprived from last night’s shindig, the hubby and I drove home in Bacoor on Sunday afternoon and got back to Manila early morning today. We just wanted to replenish our clothes supply and check our house, thus, the quick visit.

I hope you’re having a great week, friends! 🙂

8 Replies to “Weekend Story: A Fab Engagement Party in Manila + A Visit to Bacoor”