Last long weekend was busy but fun and meaningful. It was Mother’s Day on Sunday so I planned something special for Mame. She just wanted to take a dip in the pool (she loves to float, lol) but I wanted more for her because she deserved it. I initially wanted to take her to the beach but the beach resorts we liked in Batangas were mostly fully booked. There were open slots for day tours but the hubby said nakakapagod mag-drive at di sulit kung balikan lang kami. I looked some more until I came across this Mother’s Day promo posted on the FB page of Batangas Country Club (BCC) which consisted of an overnight stay for a family of four with breakfast and a free dinner buffet and massage for mom, all for just PhP4,500 nett. It was a great deal so I booked it right away. It turned out to be a relaxing staycation for Mame, my sister Jodie, the hubby, and me.

Before going to BCC, we visited Lipa Cathedral first to say some prayer of gratitude. 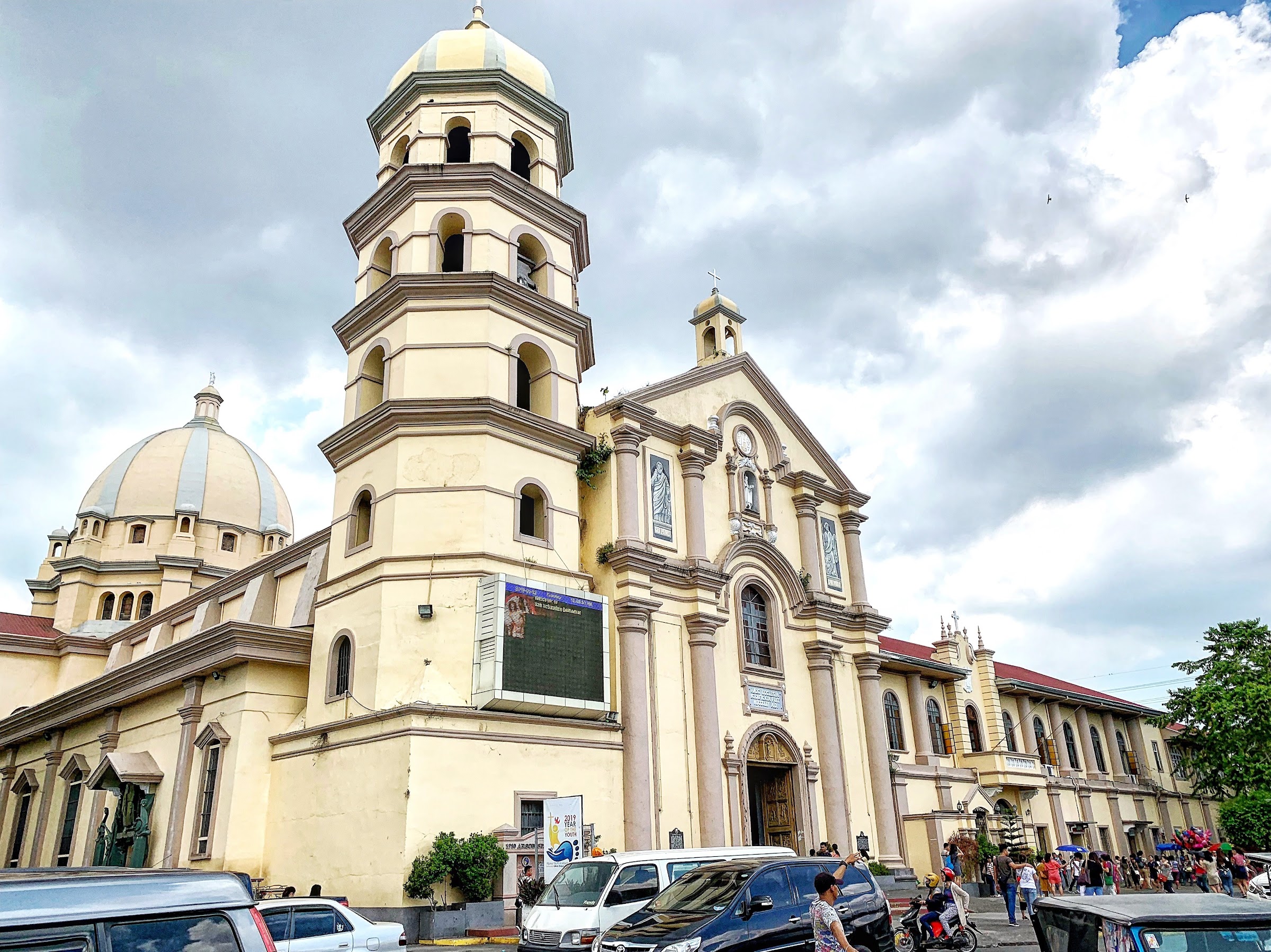 facade of the Metropolitan Cathedral of Saint Sebastian in Lipa City 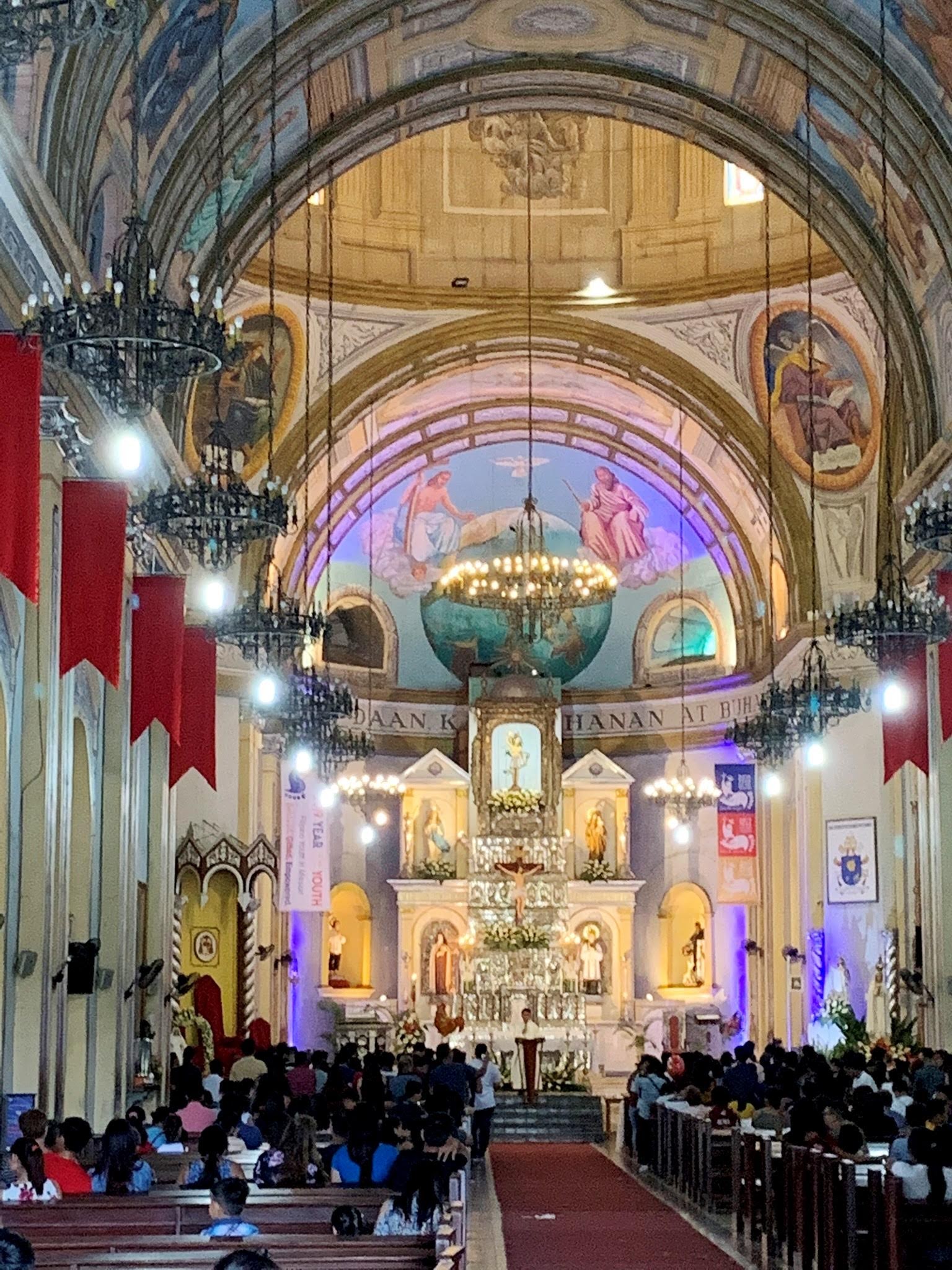 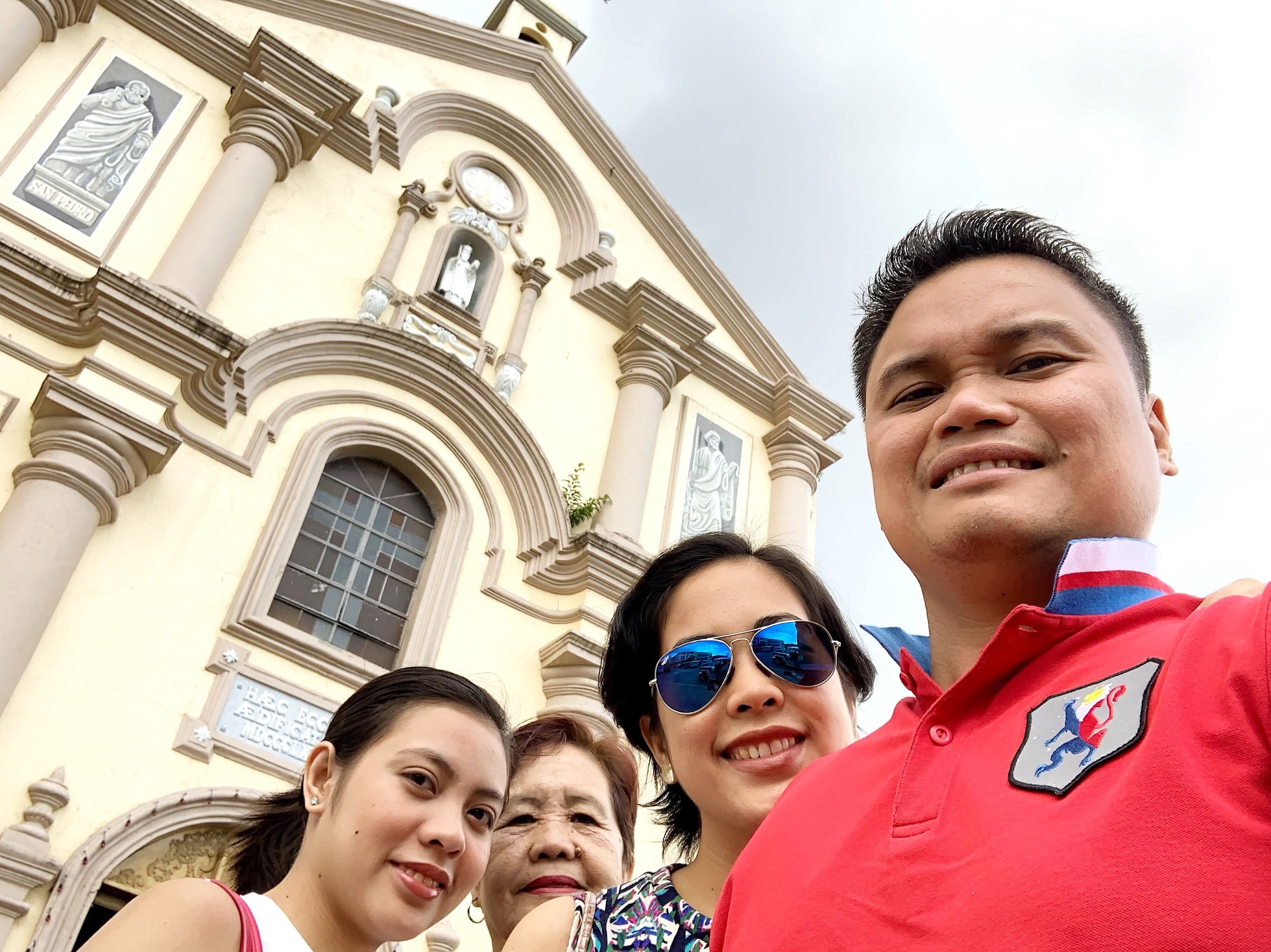 From the church, we headed straight to G2B Lomi House (located just a kilometer and a few meters away) for our Batangas lomi fix. We ordered their biggest size priced at PhP320 and we were shocked when it landed on our table. Oh boy, was our lomi huge! 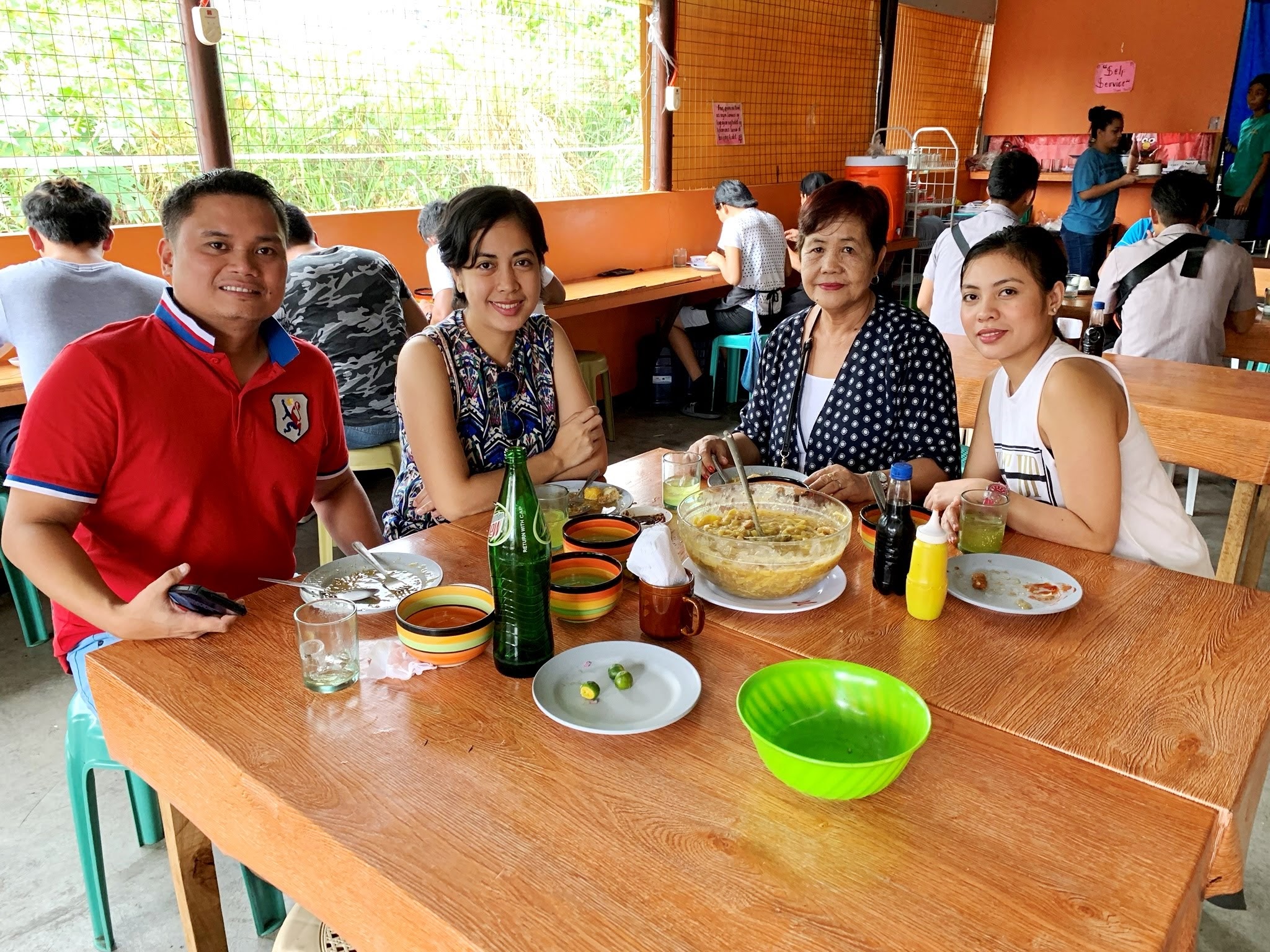 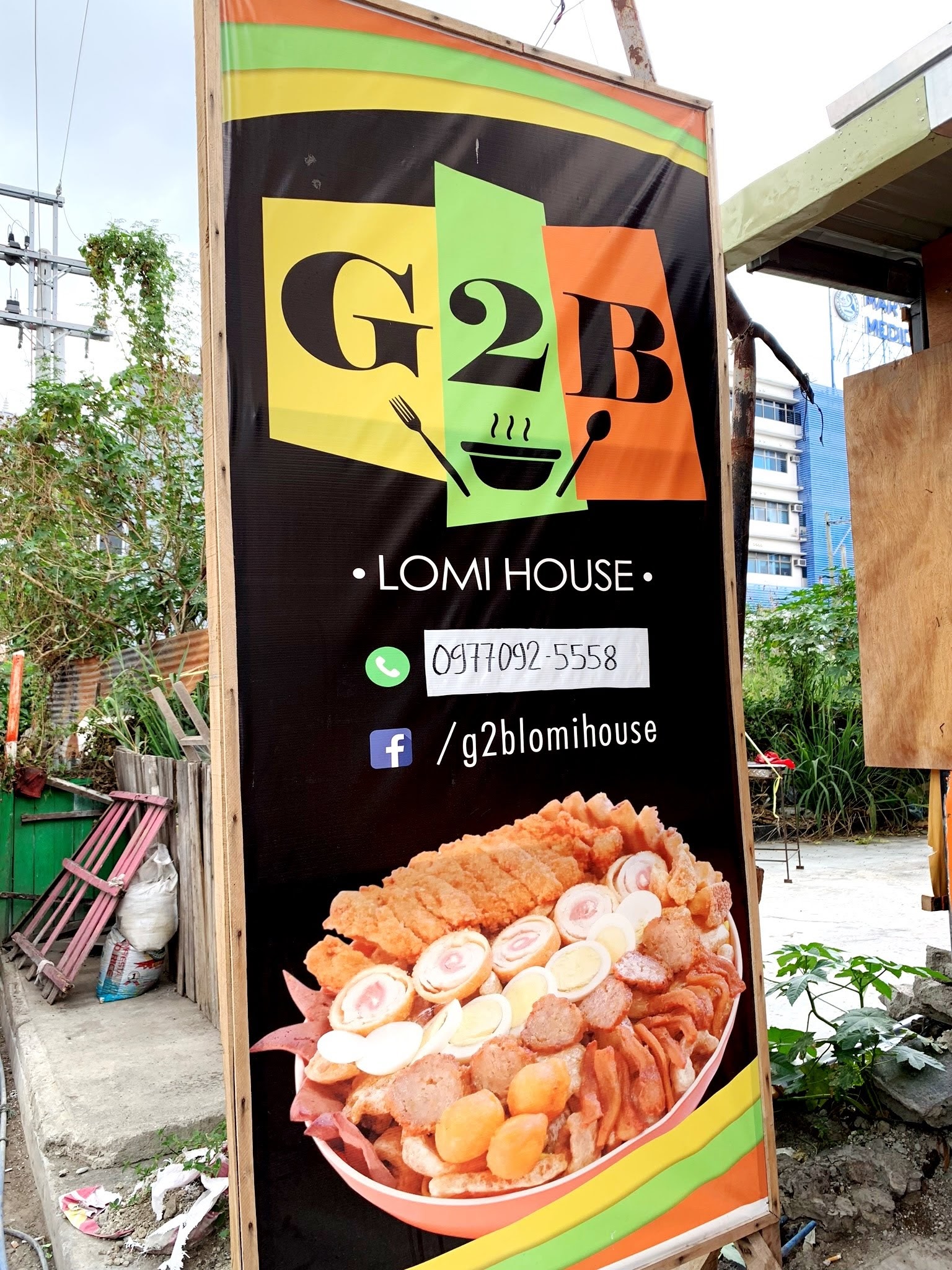 where to get Batangas lomi with toppings overload in Lipa City

Batangas Country Club was an ideal place for leisure. It was a mix of old and new in terms of facilities. Its sprawling complex was filled with trees of various kinds (we saw a couple of coconut trees!) and decorative plants which were lit up beautifully at night. 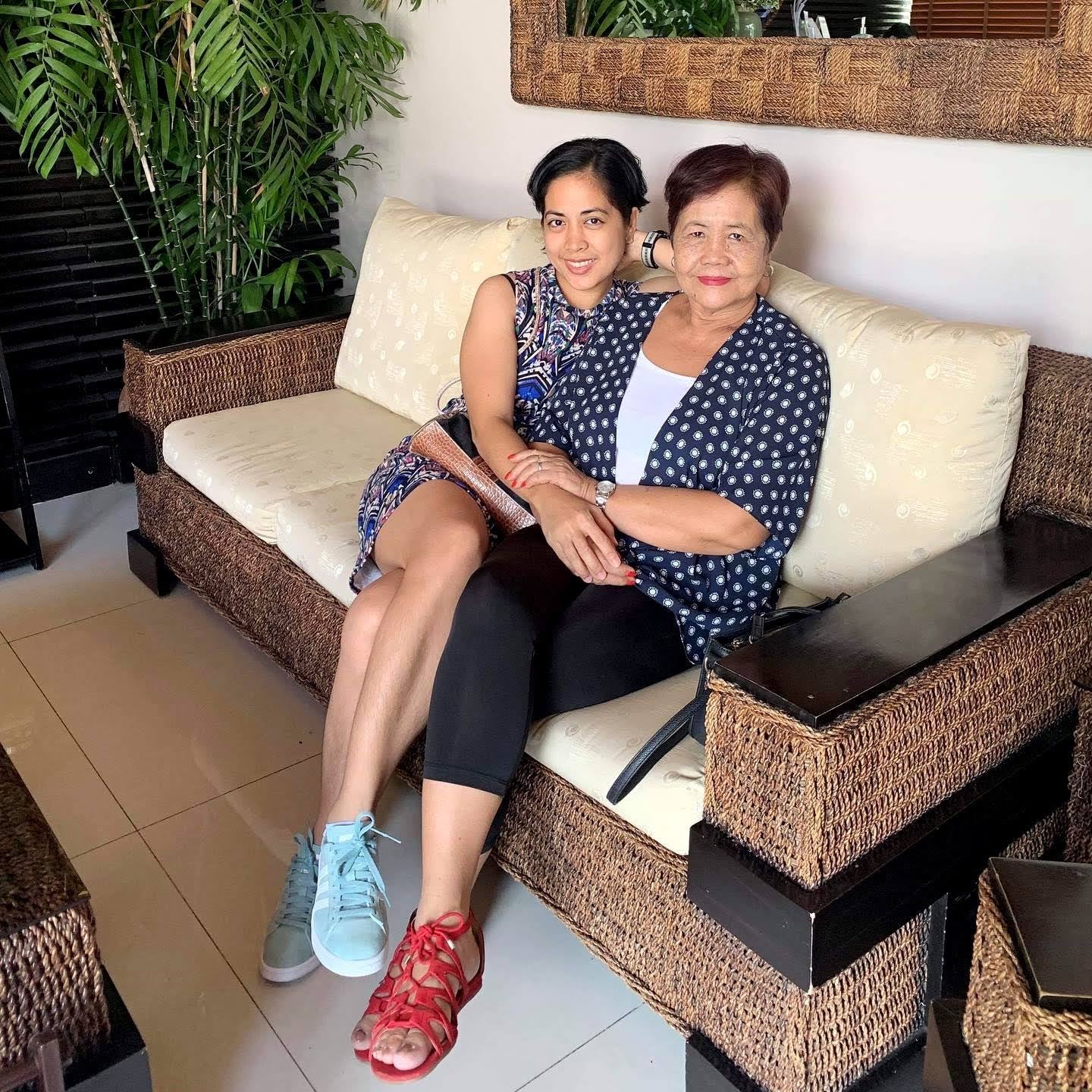 at the reception area with Mame the swimming pool at BCC 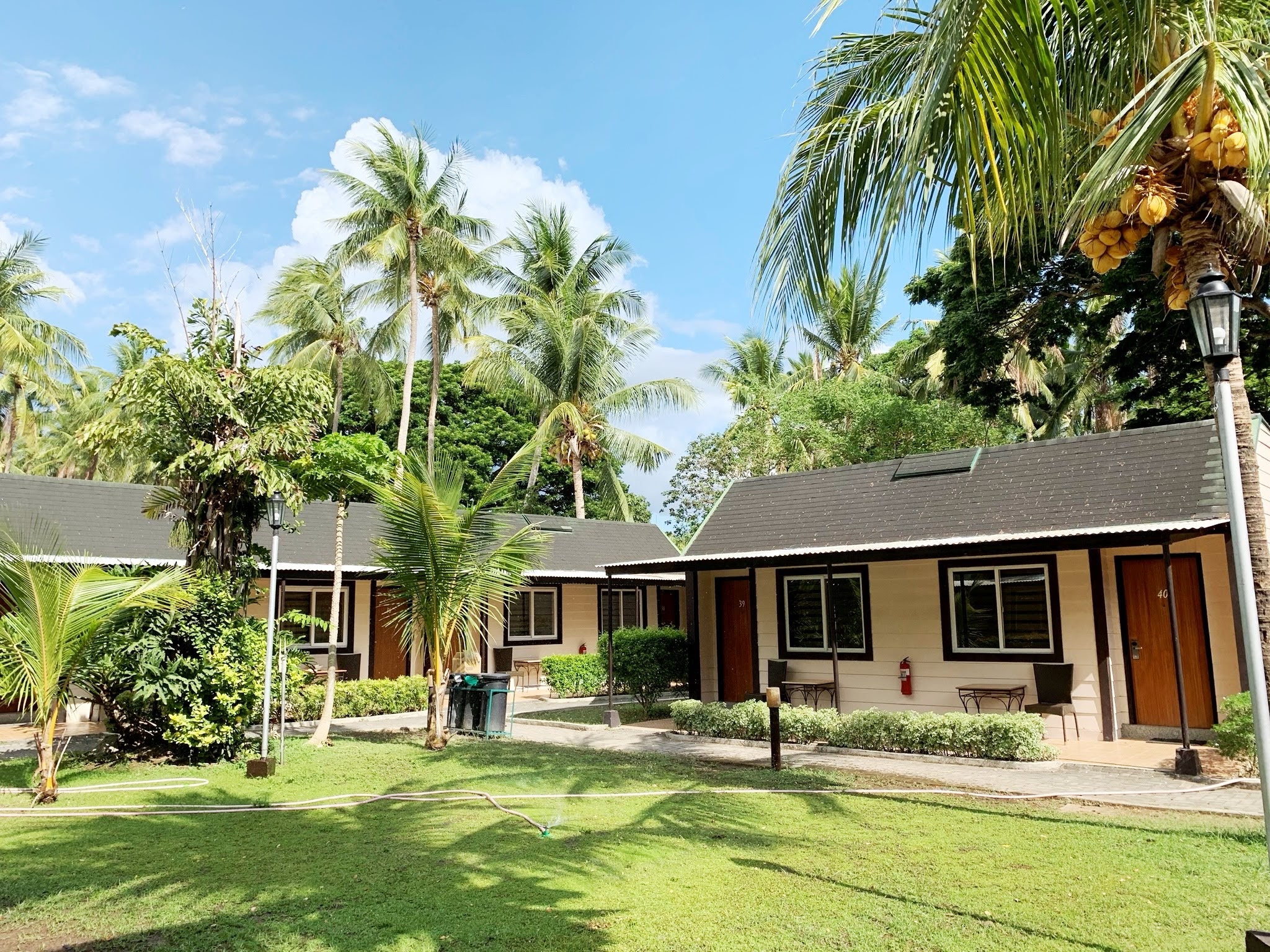 some of the room accomodations at BCC This resort, that used to be enjoyed by club members only until it opened to the public several years ago, was well-maintained. It was clean and orderly. Did I mention Mame loved their 500sqm swimming pool? During our visit, there were only a few groups aside from us that we almost felt like we had the place all to ourselves! 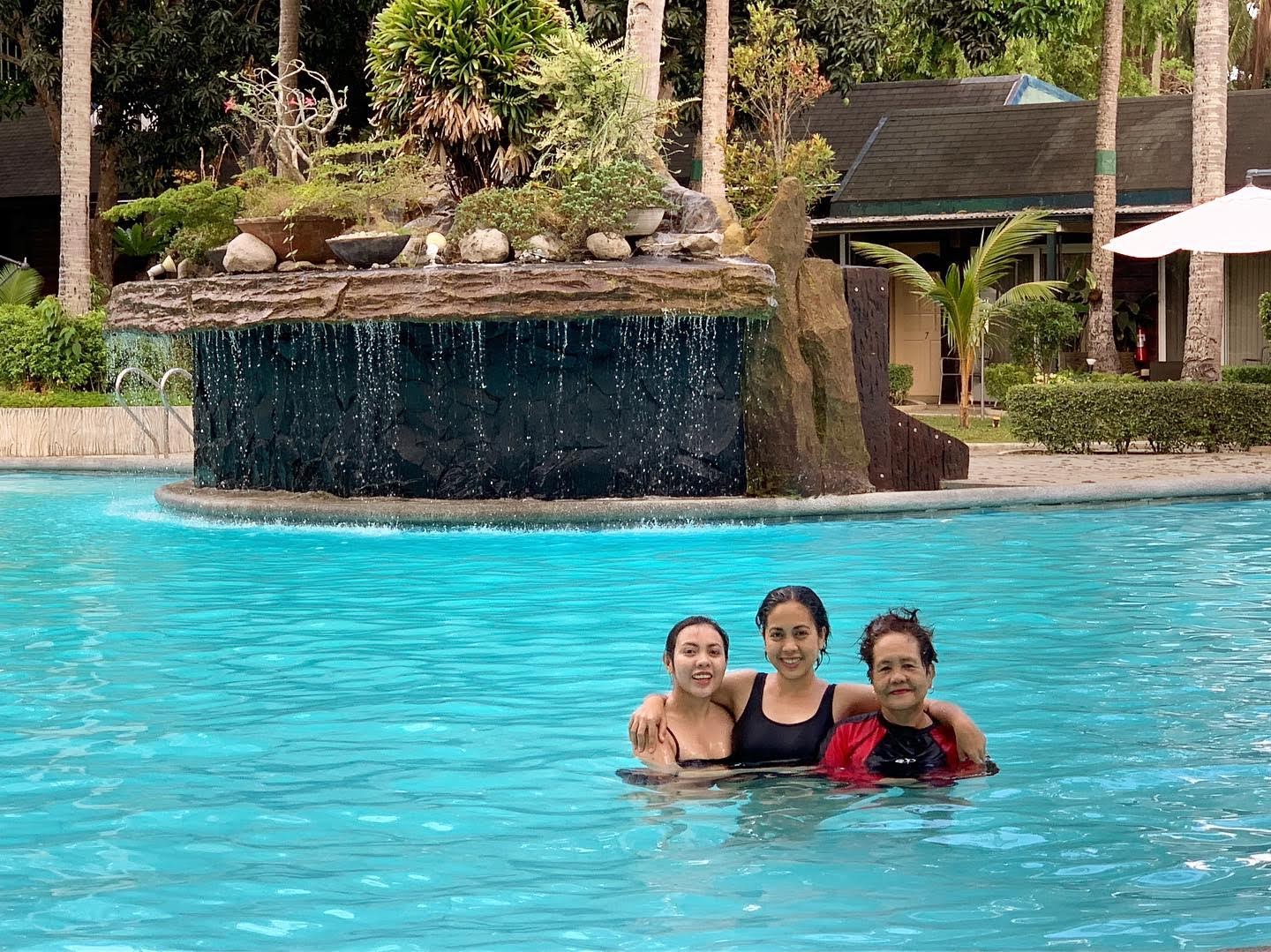 afternoon dip with these two

The cakes and pasta dishes at their Garden Cafe, which we tried when we swam in the pool, were delightful. Just take a look at this sinful triple chocolate cheesecake that we happily shared among us four, haha: 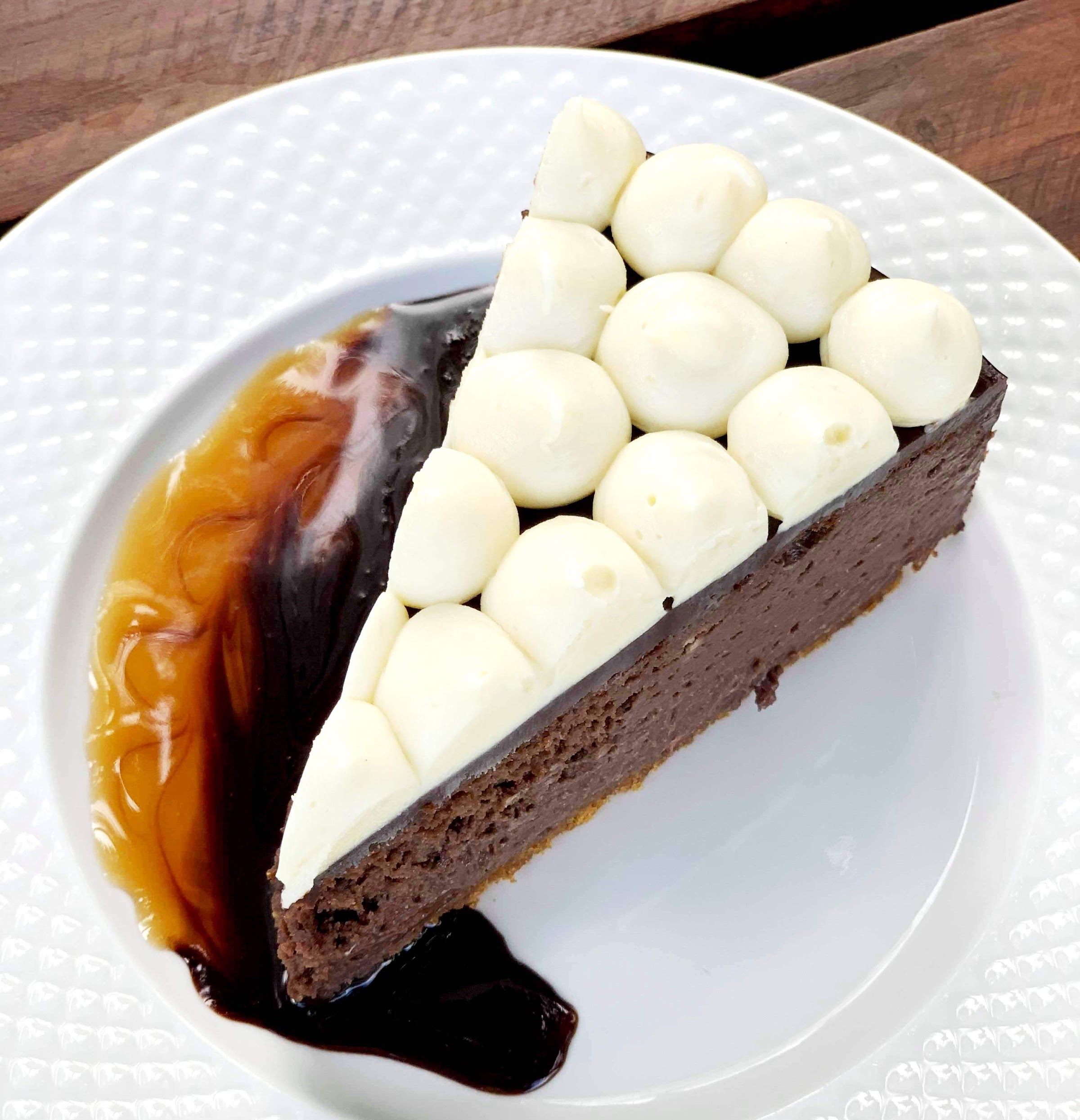 Mame enjoyed her complimentary 1-hour body massage at The Nature Spa. My sister Jodie availed of their massage service, too, and she got satisfied also. Oh, and I’m happy to report that their complimentary WiFi was fast and we got to use it in and around the hotel complex. 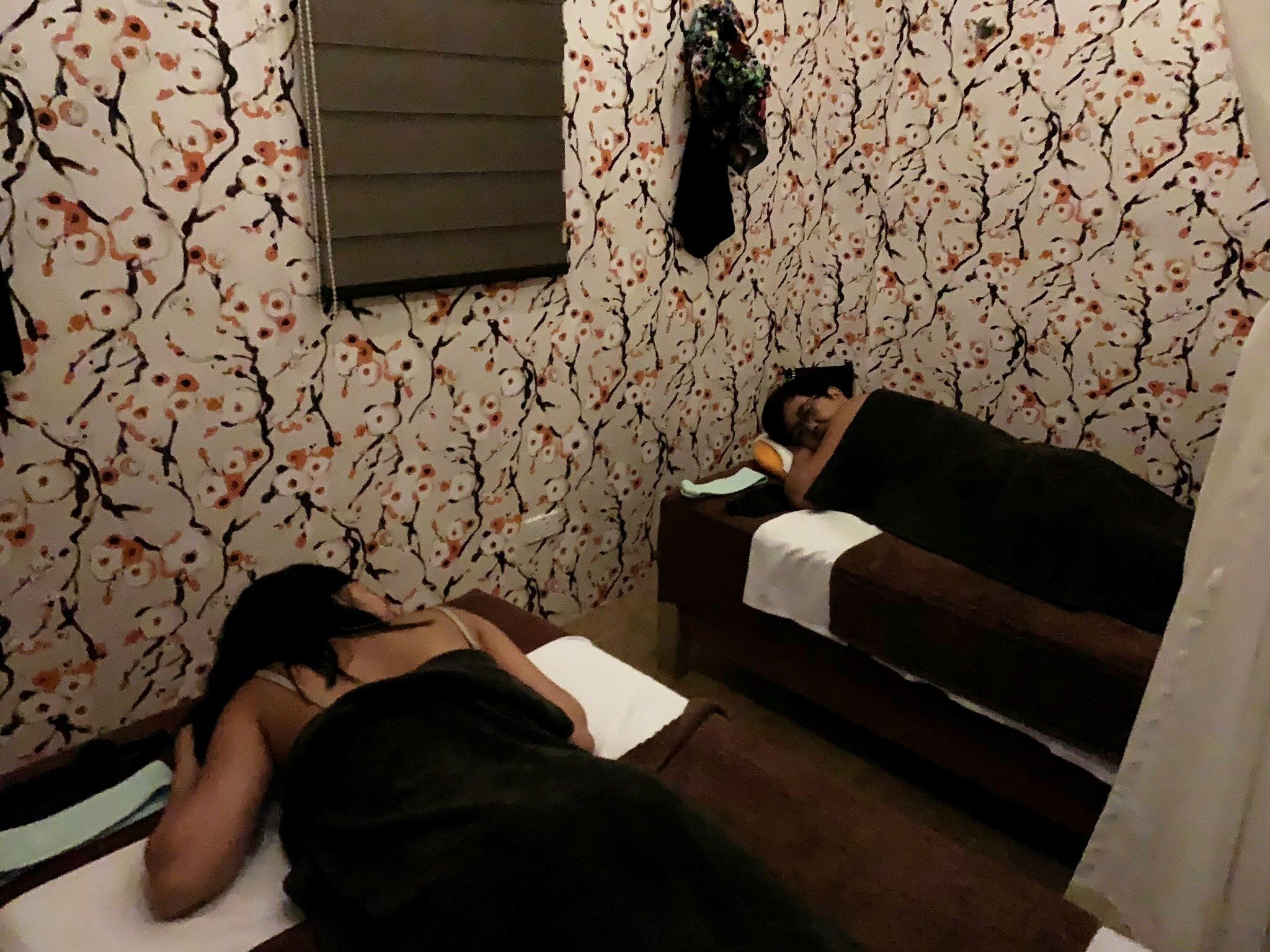 ready to get pampered 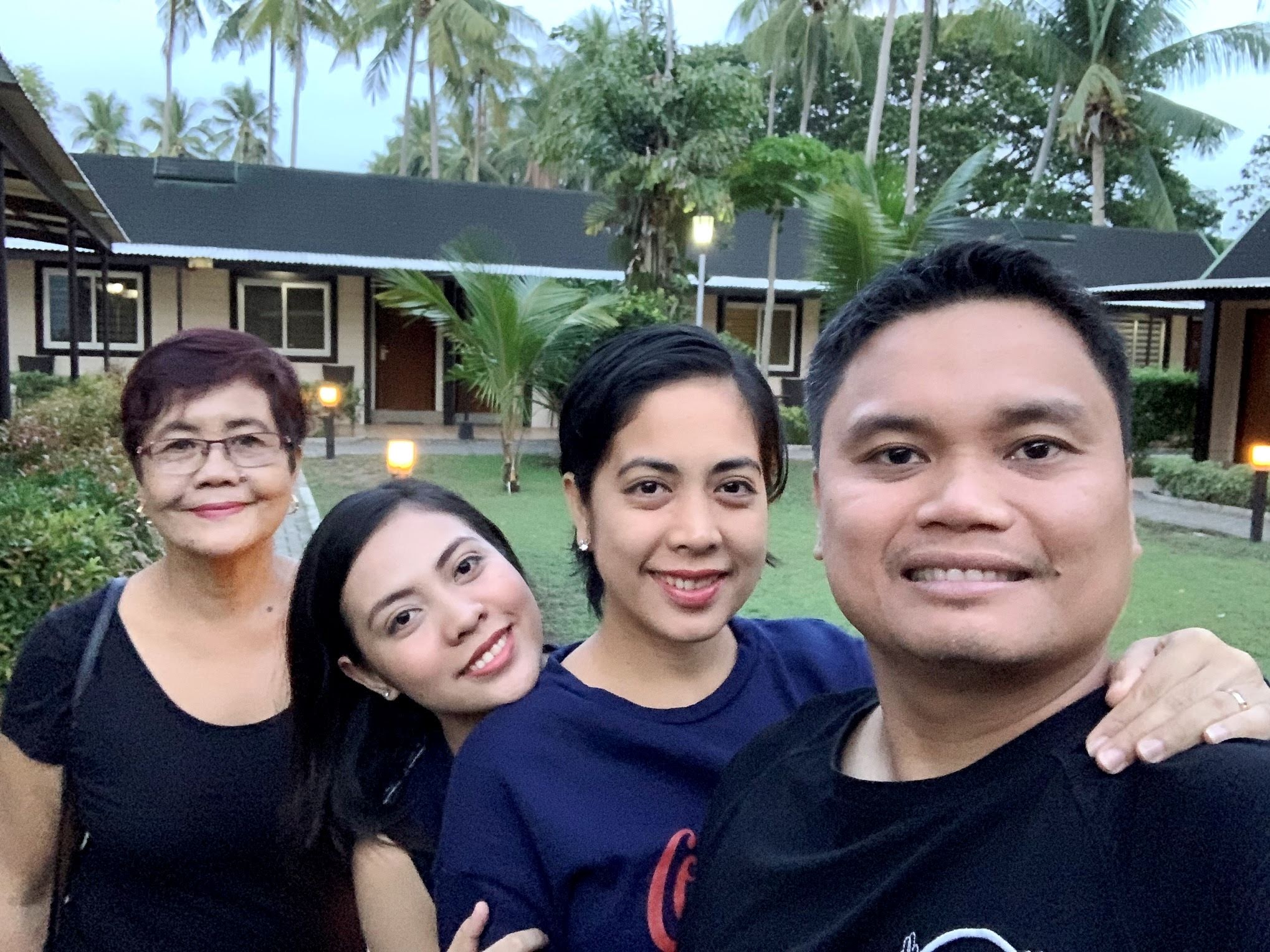 on our way to dinner 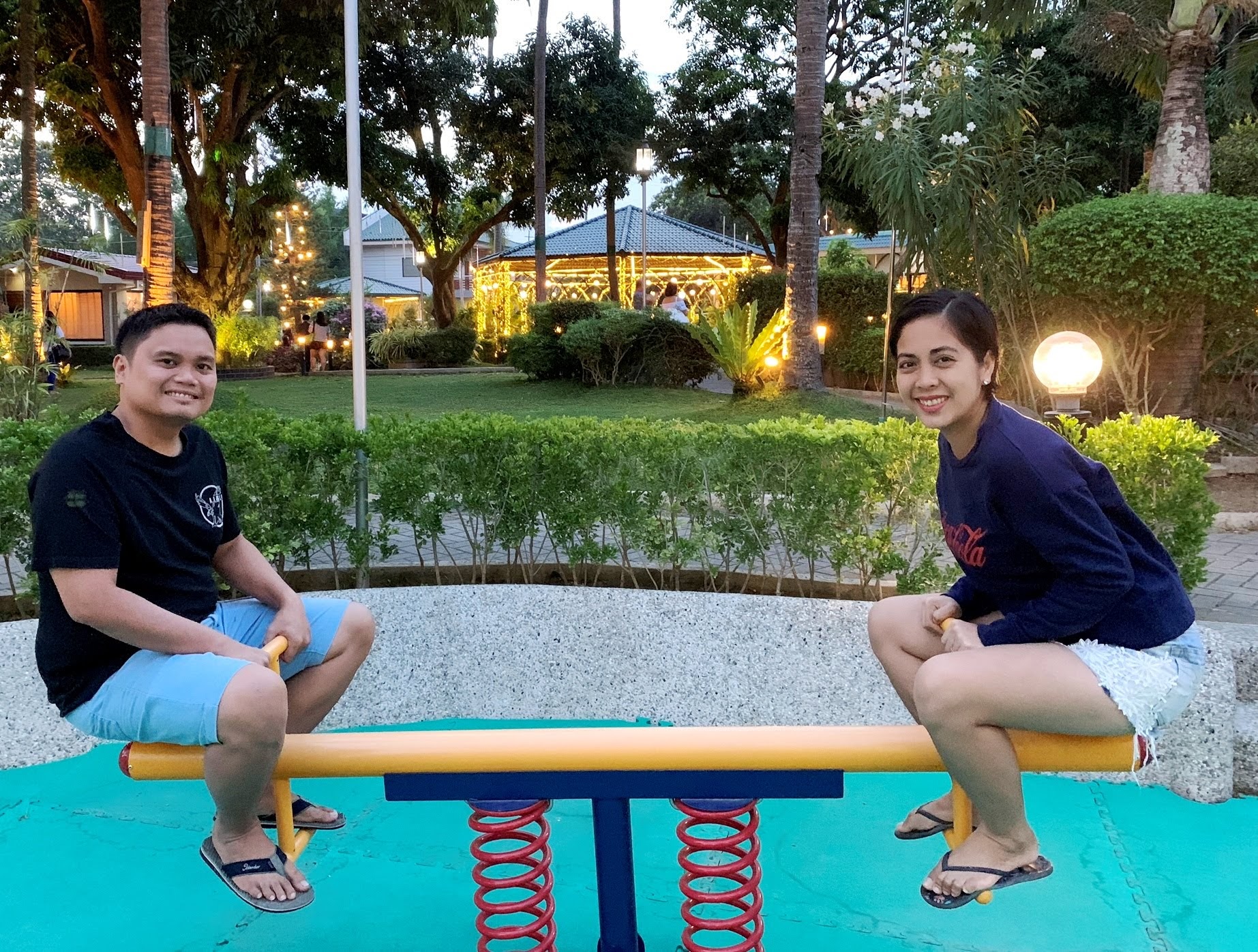 couldn’t resist taking a photo here with the hubby

Their special Mother’s Day dinner buffet was quite a disaster, though. There were tons of dinner guests who came (with table reservations to boot!) but the tables and the food weren’t enough at first. As in ang haba ng pila sa buffet tapos ang haba rin ng pila sa registration area at ang bagal ng refill ng food. In fairness to BCC, more food came later but many of the dinner guests have left already out of anger and frustration. There was also no hotel official/manager in sight which added to the disappointment of the dinner guests. Because we were billeted in the hotel, we stayed and waited. Saka sayang din ang bayad naming tatlo, si Mame lang naman ang may free dinner eh, haha. Eventually, more food came and we still managed to get full. Sayang, ang sasarap pa naman ng food, hindi lang siguro nakapagplano ng maayos ang team nila that night. 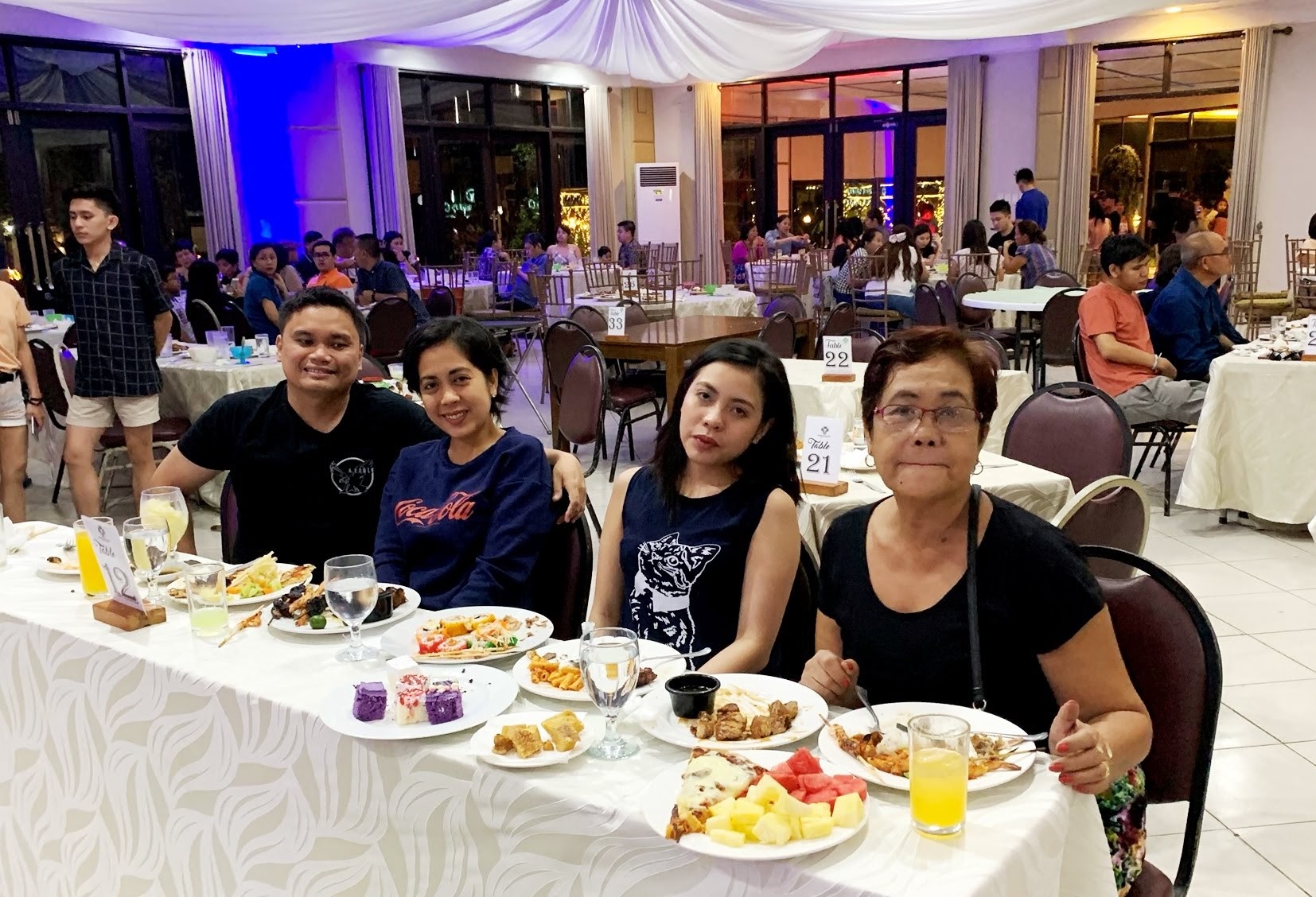 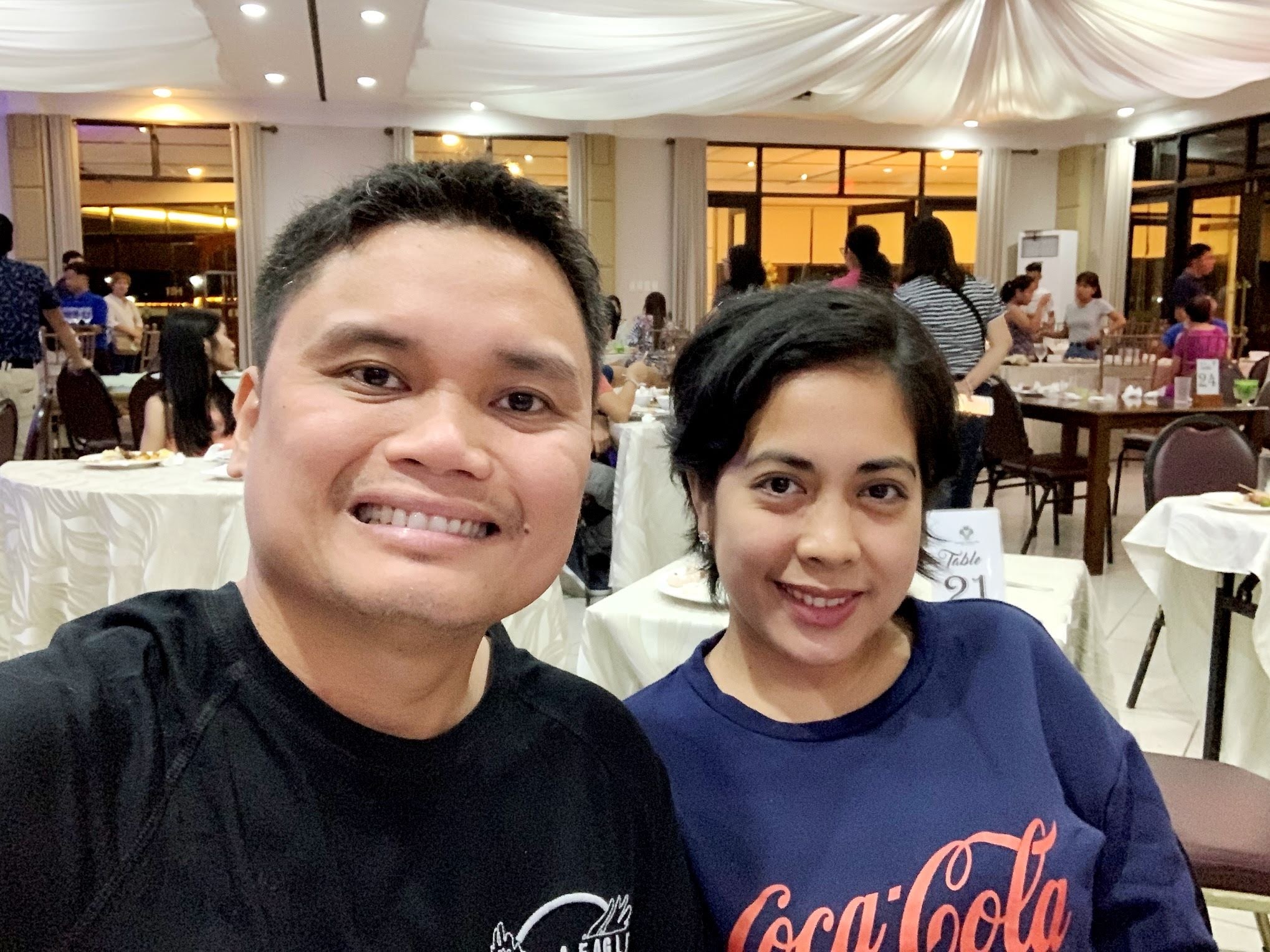 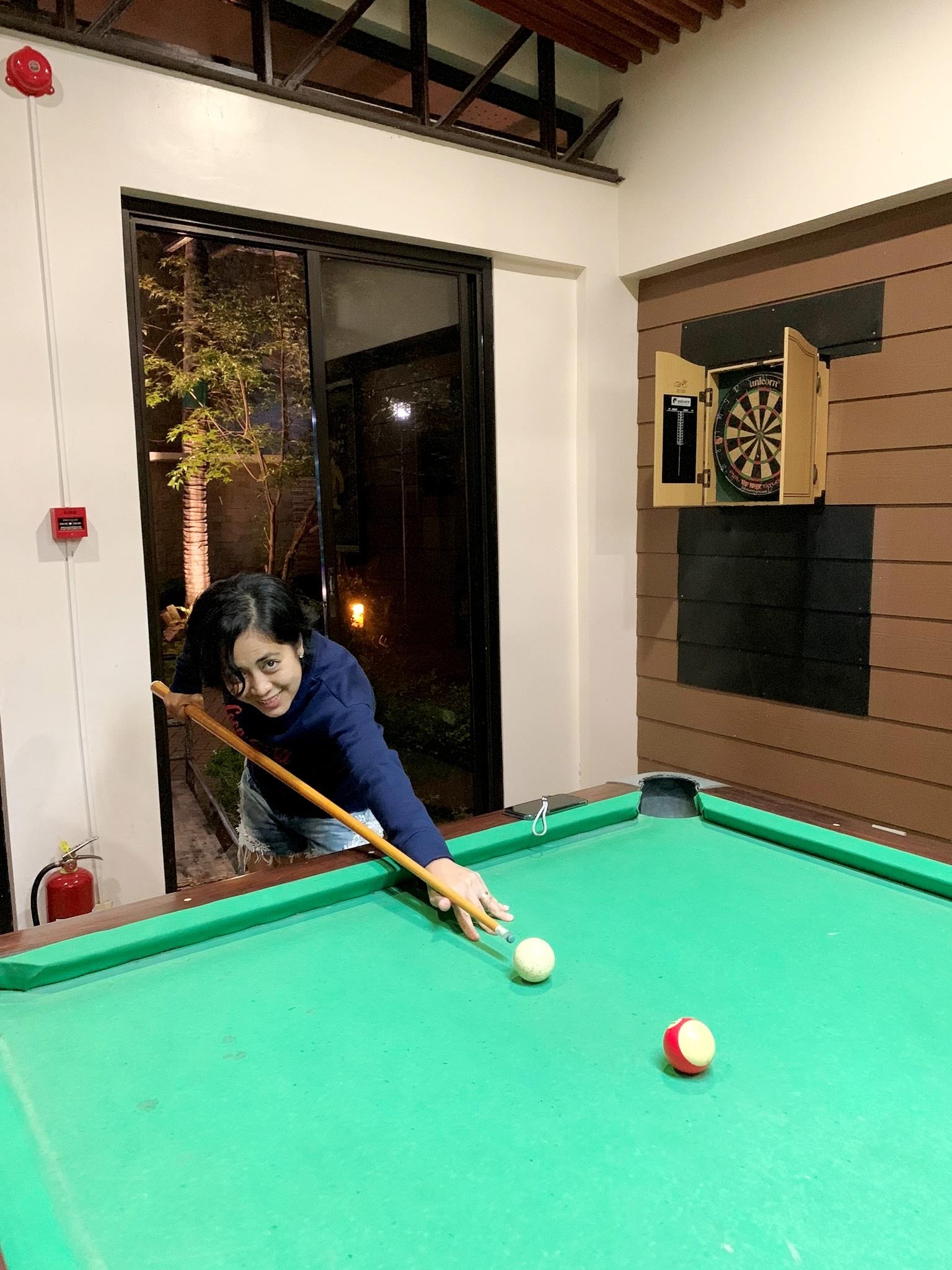 Anyway, our assigned room had a double bed and the housekeeping added two single beds to accommodate the four of us. The bed was okay and the aircon worked just fine so we had a good night’s sleep. I actually took a video of the room we were in (and a few other videos of the premises) and I might make a vlog of BCC if and when I get the chance (no promises!), hahaha. 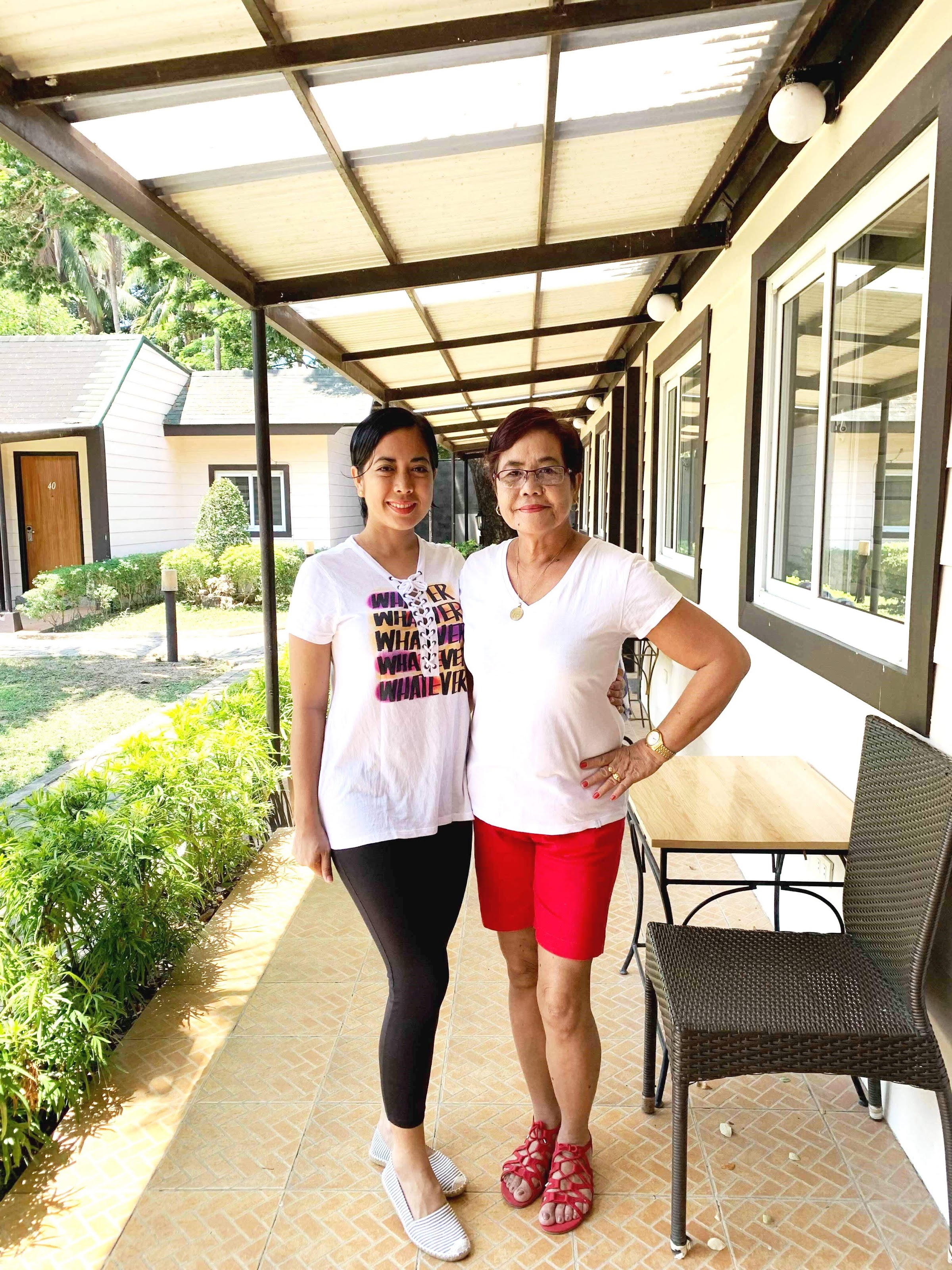 Day 2 at BCC with Mame

The next morning, we all had a good breakfast. The breakfast buffet spread was quite substantial. There was no bacon and egg station, though. But they had yogurt and their juices (four seasons and pineapple) came from the can and not from powder, which was a good thing for me. 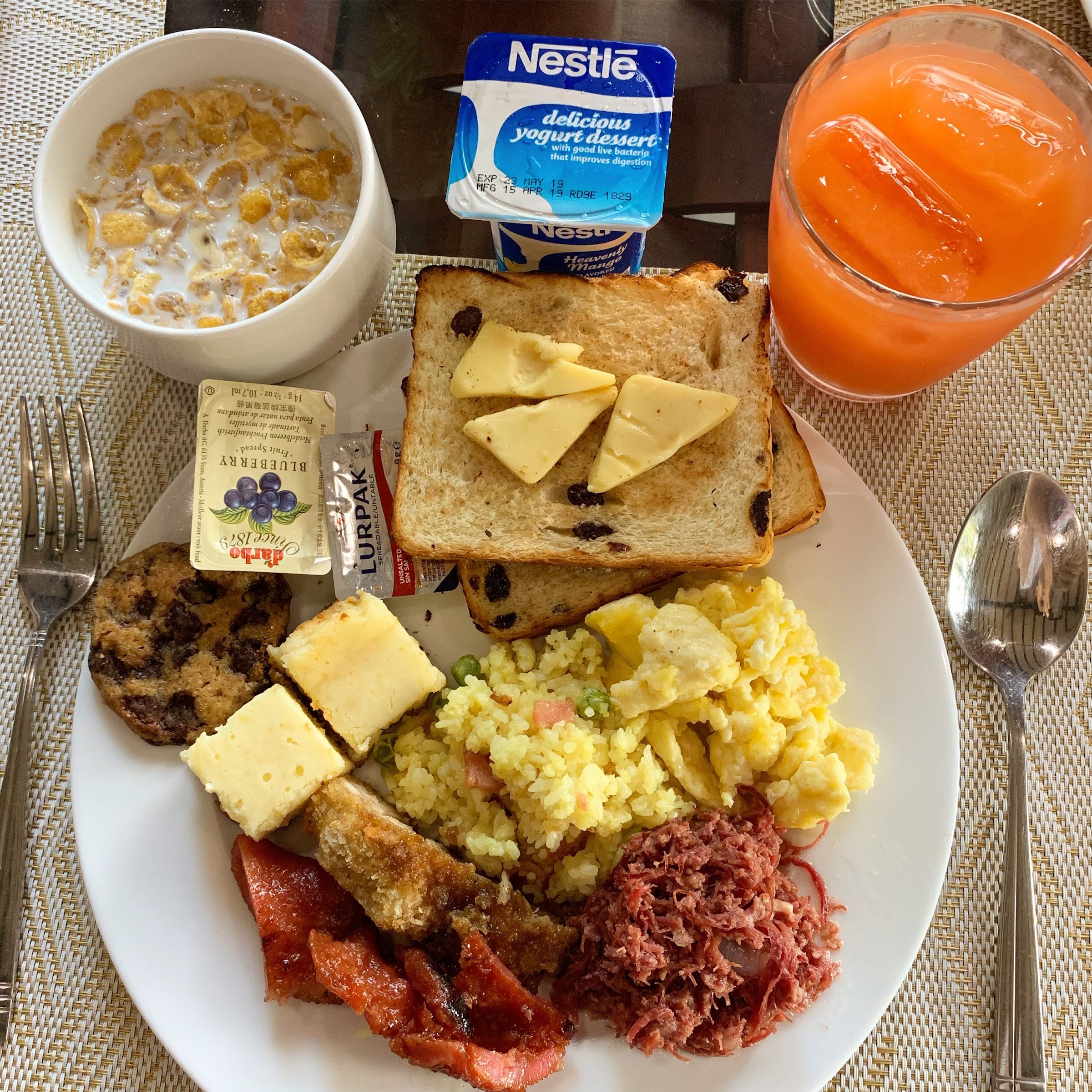 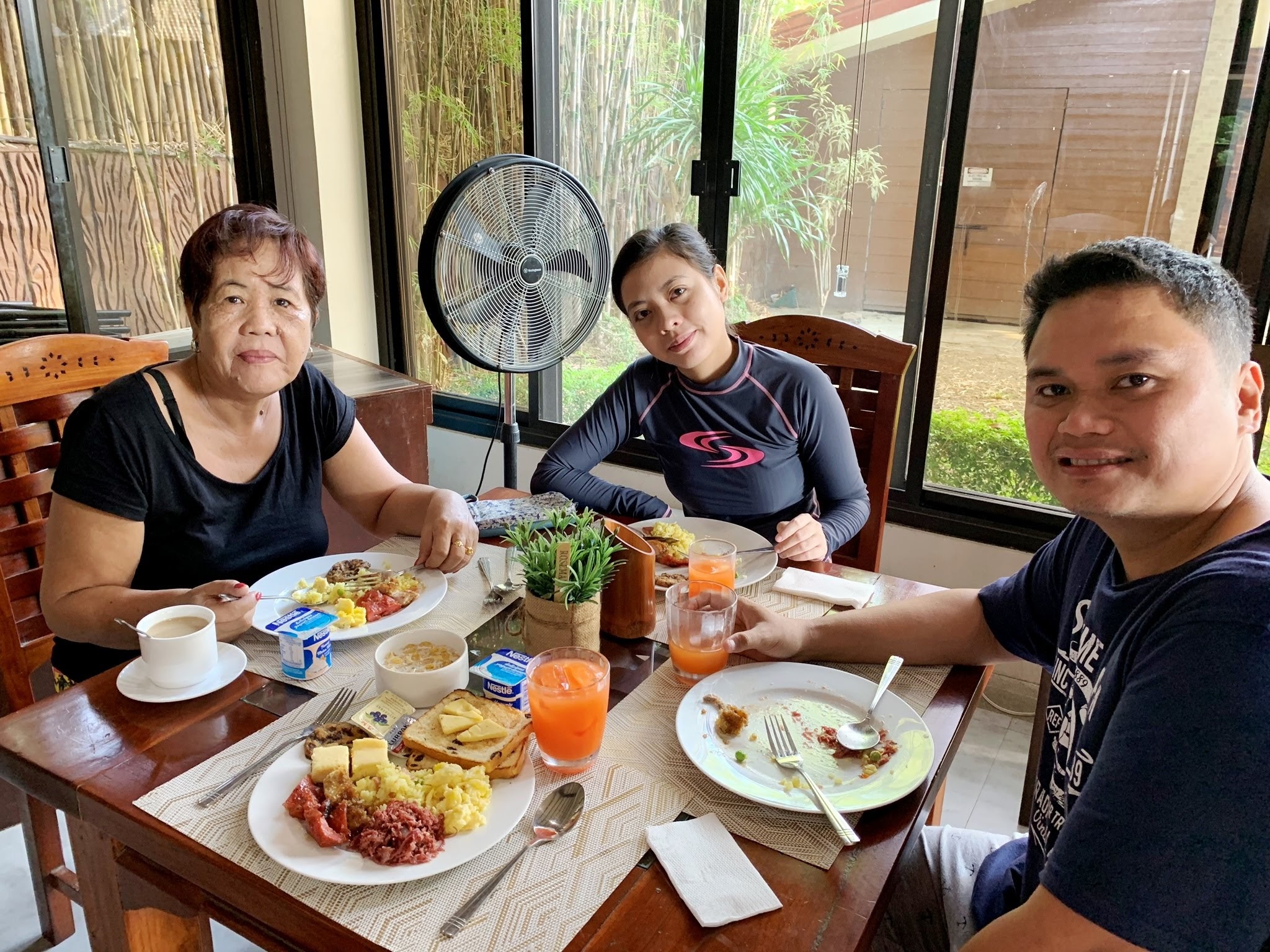 We left Batangas Country Club relaxed and recharged, ready to face a new work week. From BCC which is located in Batangas City, we traveled all the way to Manila so the hubby and I could cast our votes in the national elections. It took us less than five minutes, wow! Then, we drove to Bacoor already and spent the remaining hours of our weekend at home. 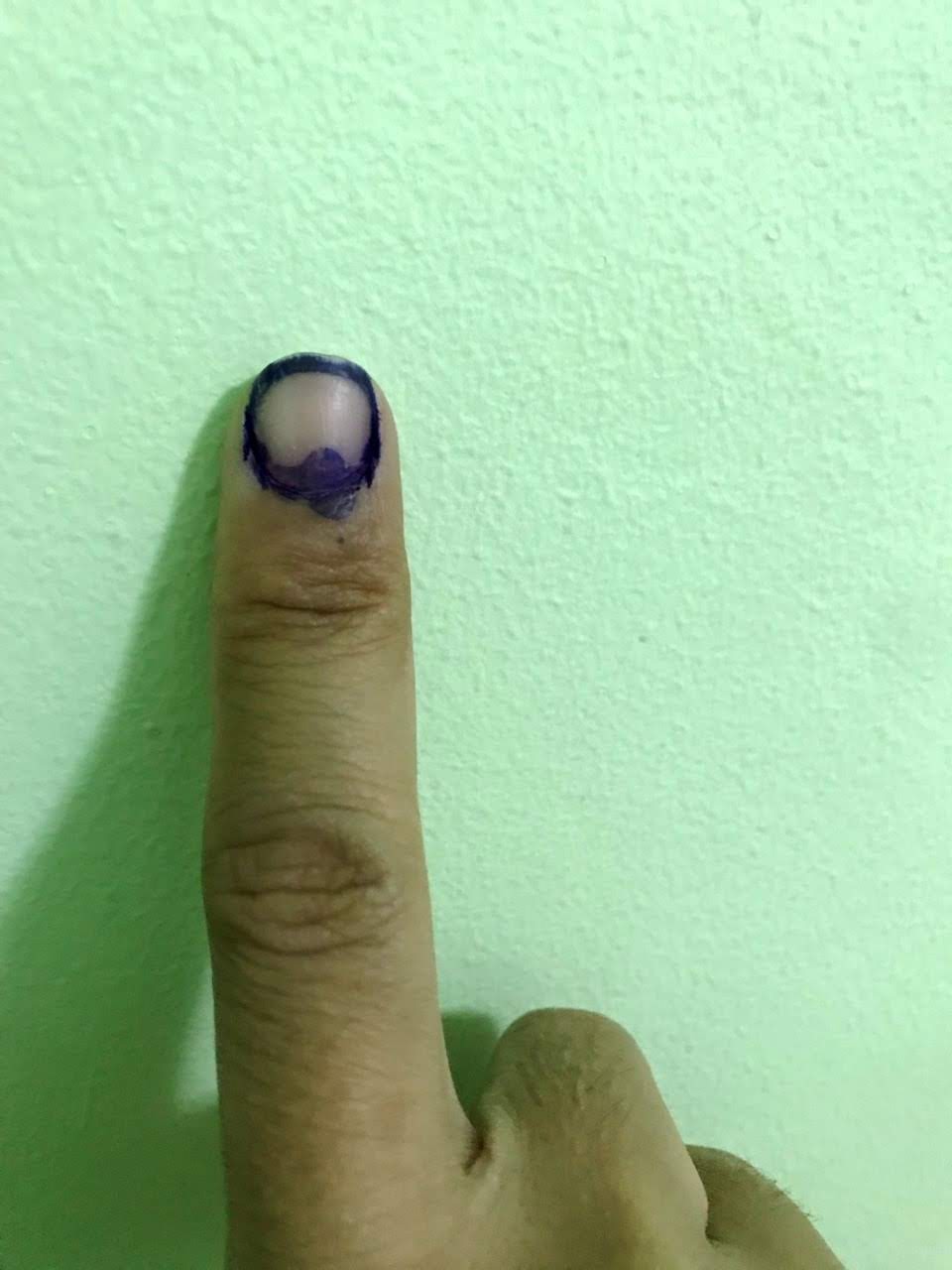 because as a Filipino, I have the right to a bright future 🙂

Enjoy the rest of this beautiful week, friends! 🙂