Last weekend was kind of fun and sad at the same time. Fun because the hubby and I got to stay at our marital home in Bacoor for the weekend and bond over simple activities. Sad because there was still no power in our house due to the fallen electric post in our street. There are only four houses affected (which means the rest of the village has power already!) and unfortunately, ours is one of them. 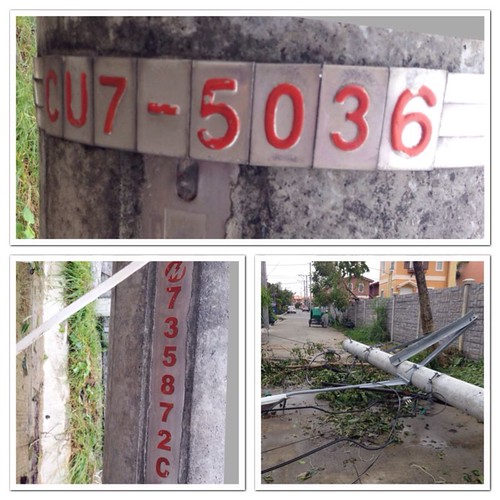 the source of our little agony at present

We also went to Starbucks twice (thus, the title of this post) because the hubby was studying for a school report. He said he wanted a quiet place to study and thought Starbucks was the perfect choice. When did Starbucks become a quiet place? And to think it’s a mall branch that we visited and people there were all over the place. Oh well, he’s crazy like that. Haha. 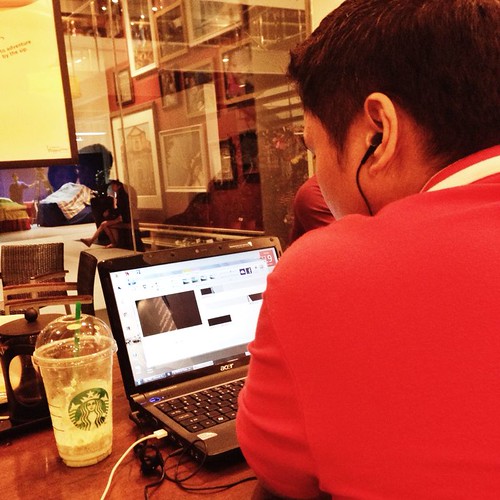 the hubby at work

But you know, I actually enjoyed our stay at Starbucks because I was able to get my matcha fix again in the form of the Green Tea Frappuccino. Plus, I discovered their Cinnamon Danish which was huuuge! I liked that the bread was flaky and buttery, not too sweet and had just the right cinnamon flavor. I thought it was worth every peso at just P65. 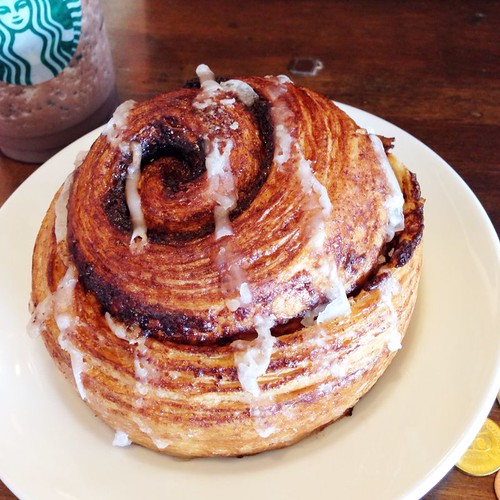 And since we had no power at home, we took advantage of Starbucks free air-conditioning and electricity (to recharge our gadgets!) during our two visits. Haha.

As for our Meralco problem, the hubby (and our other neighbors) already reported it to the proper authorities. I just hope they act fast on it. We need our power back. Like so bad.

How was your weekend, friends? I hope yours was better than mine. 🙂